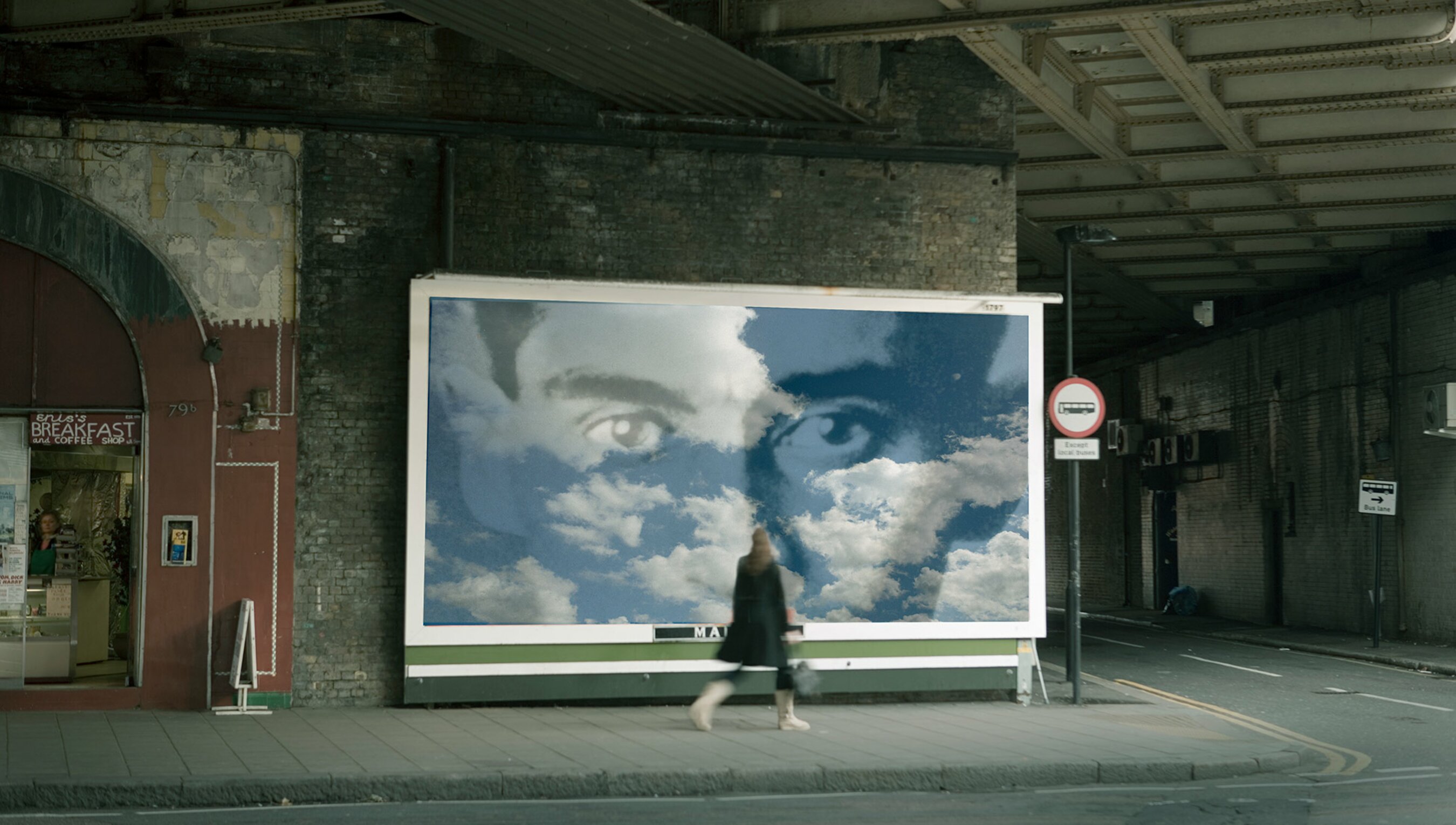 Kafka warned us: surveillance turns the watched into watchers

is a consulting work psychologist and lecturer in psychology at Rice University in Houston, Texas. His latest book is Anti-Work: Psychological Investigations into Its Truths, Problems, and Solutions (2022).

There are eyes everywhere. They watch us in offices and homes as we work, in company vehicles as we travel, in agricultural fields as we harvest produce, and in sports arenas as we compete or perform. We are not only watched in more places, we are also monitored more often – some companies even watch their employees as they sleep. Indeed, for many whose jobs are surveilled, work is becoming a dystopia of micro-measurements. Slight changes in our movements can be tracked and catalogued, including facial expressions and tone of voice, which can even be used to determine if we are conveying sufficient empathy.

And yet, though surveillance is increasing, it can be profoundly maladroit. In some cases, monitoring leads employees to engage in counterproductive actions, such as simply working less, rather than more. Monitoring also affects us in more insidious ways: it can damage motivation and trust, cause stress, and decrease creativity. And the loss of autonomy among surveilled workers can have irrefutably negative effects on health and life expectancy. Any belief that surveillance might improve performance seems to be wishful at best.

So, what’s the point of watching workers? Maybe, as Franz Kafka suggested in a short parable, the point is not simply to alter a person’s behaviour temporarily, but to fundamentally change them. Through this transformation, the demarcations separating those who watch from those who are watched begin to dissolve. Is this an accident, or the ultimate goal of surveillance?

As both an analyst of the 20th century’s bureaucratic excesses and someone who lived his life in the shadow of a domineering parent, Kafka was uniquely prepared to explore the effects of surveillance. Born in Prague in 1883, he spent much of his adult life working a desk job for an insurance company (writing stories only in his spare time). He died near Vienna in 1924, unmarried. This last detail is significant because Kafka had always wanted to marry. He attributed his inability to do so directly to his father, Hermann, as detailed in his disturbing Letter to My Father, written in 1919 during a bout of tuberculosis, the disease that would kill him four years later. Hermann’s domineering approach to parenting exacerbated his son’s propensity for overthinking and self-doubt, and immobilised him in a kind of psychic prison. It’s no wonder Kafka’s stories are suffused with so much tension, and a gradual but persistent loss of hope. Surely Hermann is one of the inspirations for those mysterious – and presumably monitoring – authorities found in Kafka’s posthumously published works like The Castle (1926) and The Trial (1925).

But Kafka’s most incisive reflection on surveillance comes in a brief story called ‘The Watchman’:

I ran past the first watchman. Then I was horrified, ran back again and said to the watchman: ‘I ran through here while you were looking the other way.’ The watchman gazed ahead of him and said nothing. ‘I suppose I really oughtn’t to have done it,’ I said. The watchman still said nothing. ‘Does your silence indicate permission to pass?’

In this striking parable, the watchman does nothing. He is merely present. Nonetheless, his impact is profound: the narrator apparently feels guilty at trying to pass without informing the watchman. In fact, the watchman did not catch the original infraction as he was ‘looking the other way’ and it is the narrator who corrects the watchman’s mistake by effectively ‘turning himself in’. The narrator has entirely internalised the monitoring duties of the watchman – the effect of the surveillance is complete.

Kafka’s story paints an unsettling portrait of a monitoring system that is familiar, fully accepted, and perhaps ubiquitous. This seems to reflect our future as workers, if that future has not already arrived. Crucially, in Kafka’s story, the psychological impacts of monitoring have caused the surveilled subject to relinquish their agency and rights.

For me, this internalisation of watching duties raises a serious question about the alteration of personality. Yes, surveillance can negatively – and temporarily – affect a worker’s motivation, satisfaction, stress, performance. But what if monitoring causes more persistent changes to our identities, as in Kafka’s tale?

There is no single study that proves surveillance can cause persistent changes to a person, as Kafka proposed. But beginning with psychology, and then looking beyond its boundaries to economics and philosophy, we can begin assembling a patchwork of research and ideas that paint a startlingly Kafkaesque picture of the effects of ‘watching’, in which the boundaries between watcher and watched begin to break down.

In his article ‘Surveillance and Trust’ (1958), the American psychologist Lloyd Strickland demonstrated empirically that surveillance at work can result in a dilemma for supervisors. It turns out that management cannot know the trustworthiness of a highly surveilled worker precisely because that worker has never had the opportunity to show initiative or productivity on their own (that is, under non-monitored conditions). Moreover, supervisors will express the greatest need to monitor precisely those workers who have already been the most monitored. Thus, Strickland believes managers experience ‘self-perpetuating information loss’, where the possibility of correctly gauging the reliability of a monitored employee becomes ever more unlikely. Monitoring can erode the trust that employees feel for management, but Strickland finds that it also damages the ability of managers to trust employees.

While Strickland focused on those who monitor, most other researchers since have focused on those who are monitored. Of foundational importance in this regard is work on cognitive evaluation theory, which posits that people perform better on complex tasks if their motivation is more intrinsic (for example, if they’re interested in a task) than extrinsic (for example, receiving money). The lack of trust that Strickland identified not only affects the quality of information that circulates in a workplace, it can also degrade motivation: try to imagine an effective, motivated project team where trust is absent. What is significant here is a worker’s sense of control. If my performance is closely monitored and I sense that this monitoring is controlling and unsupportive, I may develop an external ‘locus of control’ – I interpret my motivation to be extrinsic or external. That is, because I’m being watched (and probably also evaluated), I do not believe my actions are fully my own. Here we see surveillance damaging trust not only between but within persons. In this way, surveillance can damage intrinsic motivation and performance, since intrinsic motives for performance result in better outputs. This seems especially true of the quality of work done, rather than the quantity. A worker who attributes their motivation to external demands or rewards won’t engage deeply with their work.

However, it turns out that Strickland and those developing cognitive evaluation theory had only begun to delimit the effects of surveillance. Monitoring not only hurts trust and motivation; if substantially interiorised, it can also displace a person’s sense of agency. Rather than causing a temporary change in behaviour, this may be an effect occurring at the level of personality itself. The possibility that surveillance might replace my agency with the agency or agenda of an organisation is a disturbing thought. The French economist and philosopher Frédéric Lordon calls this process ‘colinearisation’. In his book Willing Slaves of Capital: Spinoza and Marx on Desire (2010), Lordon argues that corporations strive to colinearise the psyche of each worker, to align an individual’s personal goals and preferences with those of the organisation. This is often achieved through perks and accommodations that allow workers to be satisfied while at the same time psychologically co-opted. ‘It is ultimately quite strange,’ muses Lordon, ‘that people should so “accept” to occupy themselves in the service of a desire that was not originally their own.’ It is rather unnerving to view employees possessed by the ‘psyche’ of an organisation. However, as Kafka’s simple parable illustrates, perks and accommodations are not the only vehicles of transformation. Surveillance itself, the act of monitoring, is another force for colinearisation – perhaps the most powerful.

The knock-on effects of interiorised monitoring are currently unknown. Following Strickland’s research in the late 1950s, little work has been done to explore the effects of surveillance on both the watchers and those who watch. We may not have much hard data to turn to, but we can see evidence of the changing and enduring effects of surveillance through the ‘anti-work’ perspectives of those who are surveilled. For example, just a few minutes reading the anti-work subreddit will reveal a widespread loss of faith in the value or even the possibility of personal, intrinsic agency in any workplace. The only thing left is to commit to the ennui of ‘quiet quitting’ – that is, doing the very minimum.

In the future, it’s possible to imagine that ‘anti-work’ perspectives will be seen increasingly as a reasonable response to the persistent effects of surveillance. If current trends continue, work may involve finding ways to endure without engaging. It’s also possible that, in the fully surveilled company, the autonomy that underlies entrepreneurial attitudes may wither. Possibly alert to such risks, some researchers have called for organisations to employ ‘empowering forms of control mechanisms’. These include ‘worker-centred’ plans to improve workplace performance, or even forms of augmented reality that ‘help’ assembly workers develop their skills by showing them how to move more efficiently. But is ‘empowering control’ an oxymoron?

Perhaps Kafka depicted the internalised watcher so incisively because he embodied it himself. Self-censoring to the last, he allowed little of his work to be published during his lifetime, and personally burned most of his writings. Up to 90 per cent of his stories may have been fed to the fire. In his will, Kafka even indicated that his remaining works should be destroyed. Fortunately, his friend Max Brod ignored this final request, and Kafka’s little meditation on surveillance survived – a parable that alerts us to the ways in which surveillance may alter a person in deep and lasting ways.

In that meditation, Kafka also tackles a question of pressing importance that has circulated for thousands of years, or at least since the time of the early Roman poet Juvenal. Writing around the turn of the first century, Juvenal asked: ‘Who will watch the watchers?’ In this query, the poet evokes the infinite regress of surveillance, with watchers watching watchers who are watching other watchers, and so on. But Juvenal’s question, according to the logic of Kafka’s parable, misdirects. It is the watched who watch the watchers, and in doing so are transformed into watchers of themselves.