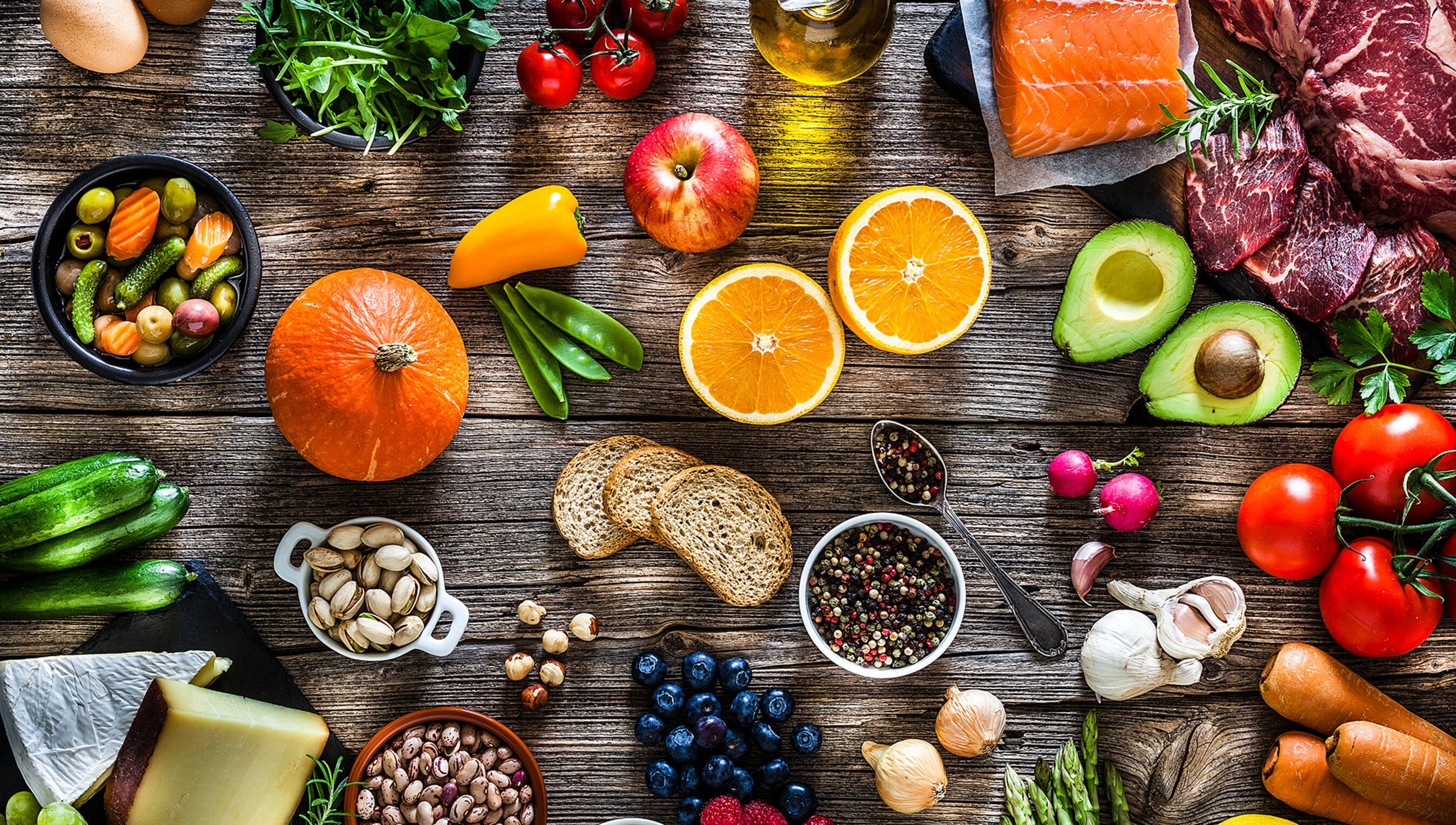 Solving chronic pain via the kitchen, not the medicine cabinet

is a PhD student in the Faculty of Medicine and Health at the University of Sydney, Australia.

When Peter arrived at our pain management clinic, he’d been suffering with low back and neck pain for years. He was on high doses of strong painkillers but, as with so many people with chronic pain, the pain was still intense and significantly interfered with his life, leaving him unable to work. He was also unwell in other respects: he was obese, and had high blood pressure and digestive problems. On top of that, he reported ‘brain fog’, which often appears alongside chronic pain – difficulties with memory and trouble staying focused on daily tasks. Unsurprisingly, considering his level of pain and other symptoms, he was also anxious, depressed and unable to sleep.

Peter started our pain education course, which helps people better understand their chronic pain (generally defined as persistent or recurrent pain that lasts for more than three months). For example, the course explains how pain is always real, but that it isn’t always caused by tissue damage, and that it can vary depending on the context you’re in. This kind of psychoeducation can help to reduce the intensity of chronic pain. But when I spoke to Peter partway through the programme and asked what he’d learned so far, he looked at me and said: ‘All I hear is: “Blah, blah, blah.”’ Considering the brain fog and memory problems, this was no surprise. We needed a different strategy.

Around that time, I was working with colleagues on a new approach for chronic pain: dietary change. Nutrition is rarely on the radar of people who suffer with this problem: in one study, my colleagues and I found that most participants (76 per cent) with chronic pain considered their diet to be good or excellent, and only a minority (22 per cent) felt that their diet added to their pain problems. Indeed, many healthcare professionals don’t consider the importance of diet either. But we’re trying to change that, because food is actually an obvious place to target when it comes to chronic pain.

This is because diet affects the level of inflammation in the body, and this plays a key role in chronic pain. When inflammation is temporary, it’s healthy and helpful: when bodily tissue is damaged, inflammation kicks into action, releasing a stream of chemical messengers to remove or repair damaged cells. This happens if you have an infection, or burn yourself on a hot pan, or stub your toe, and it helps you heal and recover.

The problem is when inflammation becomes sustained – when these chemicals are continually released at a low level over a long time. This is known as a ‘low-grade inflammatory response’ and is commonly seen in individuals with chronic lifestyle diseases such as obesity and Type 2 diabetes . And, it turns out, individuals with chronic pain. People with heightened inflammation in their bodies are more likely to experience pain in an experimental setting (for example, when asked to submerge their hand in cold water) and are also more likely to report chronic pain in their daily life.

Can we use diet to reduce this state of stress, and therefore reduce pain?

The standard Western diet is a recipe for inflammation. It contains a lot of foods that are packed with processed sugars and unhealthy fats, such as ready meals, fast food, cakes and sweets. People fill up on this empty food instead of nutrient-dense wholefoods – minimally processed fish, meat, poultry, eggs, dairy, vegetables or fruit. A nutrient-poor diet fuels inflammation in the body. For example, eating processed food produces a lot of waste products in the body called reactive oxygen species, and these need mopping up by molecules called antioxidants. When there’s too much of the waste product, there aren’t enough antioxidants to go round, and this leads to a state of oxidative stress, which leads to inflammation. In addition, the high levels of sugar in a processed diet can lead to insulin resistance. In a healthy body, insulin helps covert sugar into energy stores. But when you have excessively high blood sugars, this means chronically high levels of insulin and, over time, cells stop responding to insulin in the way that they should. Levels of blood sugar remain high, causing the body to pump out even more insulin, which ultimately leads to inflammation.

Along with other researchers, I’m trying to understand whether we can use diet to reduce this state of stress, and therefore reduce pain. The evidence so far indicates that diet certainly matters. For example, my colleagues and I looked at 43 studies in which chronic pain patients were prescribed a wholefood diet. Overall, there was a clinically relevant reduction in their pain levels, and a greater reduction compared with control groups who didn’t change their diet.

But we weren’t sure exactly what type of wholefood diet might be most helpful – our review included various diets, including those that were vegan/vegetarian, a Mediterranean-style diet, or a focus on increasing omega-3 foods. One possibility is that it doesn’t really matter what wholefoods you eat – what’s important is the general shared factors such as diet quality and nutrient density. But it’s also possible that one diet is especially helpful for people in pain, and we wanted to better understand exactly what that might be.

In our chronic pain clinic, we noticed that some people who had changed their diet for other reasons, such as weight loss or diabetes management, started to report a reduction in their nagging pain problems. And one diet in particular kept coming up: the ketogenic (or ‘keto’) diet, which involves eating low levels of carbohydrates, moderate levels of protein, and higher levels of fats.

The ketogenic diet involves strictly limiting sugary items such as soft drinks and sweets, but also foods that quickly break down into sugar in the body, including bread, pasta, starchy vegetables such as potatoes, and grains. Instead, you eat protein (eg, fresh meat, fish and dairy) and lots of food that contains high-quality fats such as eggs, avocados, cheese and nuts.

If carbohydrate intake is heavily restricted to around 50g a day (roughly, it depends on the person), the body starts to switch the energy source that it uses. Instead of cells using carbohydrate (ie, glucose) for energy, the main fuel source is fat. Specifically, the energy source is ketones, chemicals produced by the liver when it breaks down fats. When there are enough ketones in the blood, and the body is largely relying on fat for its energy, the person is said to be in nutritional ketosis – the goal of the ketogenic diet.

There are at least three reasons why being on the keto diet might reduce pain levels. Firstly, the diet results in much less glucose in the body. I’ve discussed how high blood-sugar levels result in too much insulin, which drives inflammation, but high blood sugars also affect the way proteins work. Specifically, glucose attaches to molecules of the protein (in a process called glycation), which damages the protein and alters its intended function. The accumulation of these damaged proteins produces inflammation and damages collagen-rich tissues such as cartilage, tendons, bone and ligaments, as well as nerves – which can lead to chronic pain.

The second reason is to do with the ketones themselves. Ketones are not only an energy source, they also act as signalling molecules within the body – they communicate information between cells. Of particular relevance, they play a role in modifying activity in the nervous system. Chronic pain is thought to involve excessive excitability of neurons (nerve cells), meaning that these become activated too easily. Drugs commonly used in chronic pain, such as gabapentin and pregabalin, target this exact mechanism (in fact, these are anti-seizure medications, used to treat epilepsy, which also involves excessive activation of neurons). Ketones, then, might reduce chronic pain via this same pathway. They also help to reduce inflammation by blocking inflammatory pathways (a series of biochemical messages sent within and between cells), and by influencing how genes function – helping them turn up antioxidant defence and improving how efficiently cells produce energy.

The third way in which keto diets might reduce pain is broader, and goes back to what we found in our review paper: it’s a wholefood diet. This means that there’s an overall increase in nutrient-dense food, which supplies more vitamins and minerals that nourish the body and reduce inflammation themselves. Alongside this, the removal of ultra-processed foods reduces the potential for oxidative stress in the body. Research is ongoing, but it seems that ketogenic diets reduce chronic pain by causing a wide range of biochemical changes in the body.

If you experience chronic pain yourself, you might want to try changing your diet. Speak to your doctor first; if they agree it’s a suitable option for you, it could be a simple start of focusing on cooking with whole ingredients and reducing the amount of processed foods and sugary drinks you have. If you’d like to take the next step and try a low-carbohydrate approach, then a good resource is Diet Doctor, which offers hundreds of free keto recipes and meal plans, and all the articles are written and reviewed by medical doctors and other experts (there is also a paid membership option).

It might also help to learn about other people’s success stories. Consider Peter. When he said he couldn’t retain the information from the pain education course, and his pain levels weren’t improving, we suggested that he change his diet. He started with some simple ideas around wholefoods replacements, swapping the processed snacks from his diet with, for example, tinned tuna and salad with olive oil and balsamic vinegar. He was surprised that this wasn’t as bad as he anticipated, and was open to the suggestion of trying a ketogenic diet. He gradually adopted this diet and used Instagram to record his new, simple meat and low-starch vegetable meals. And things started to improve. When I first met him, he rated his pain intensity as 7 out of 10. After six months on his new diet, this score had dropped to around 2 or 3 out of 10. He also lost 20kg (just over 3 stones), his blood pressure normalised, he was off all medications and he showed significant improvements with his brain fog and mental health. He would tell you that, if you’re struggling with chronic pain, a change in diet is definitely worth trying.

This Idea is provided as general information only. It is not a substitute for independent, professional medical or health advice tailored to your specific circumstances. If you are struggling with chronic pain, we encourage you to seek help from a professional source.