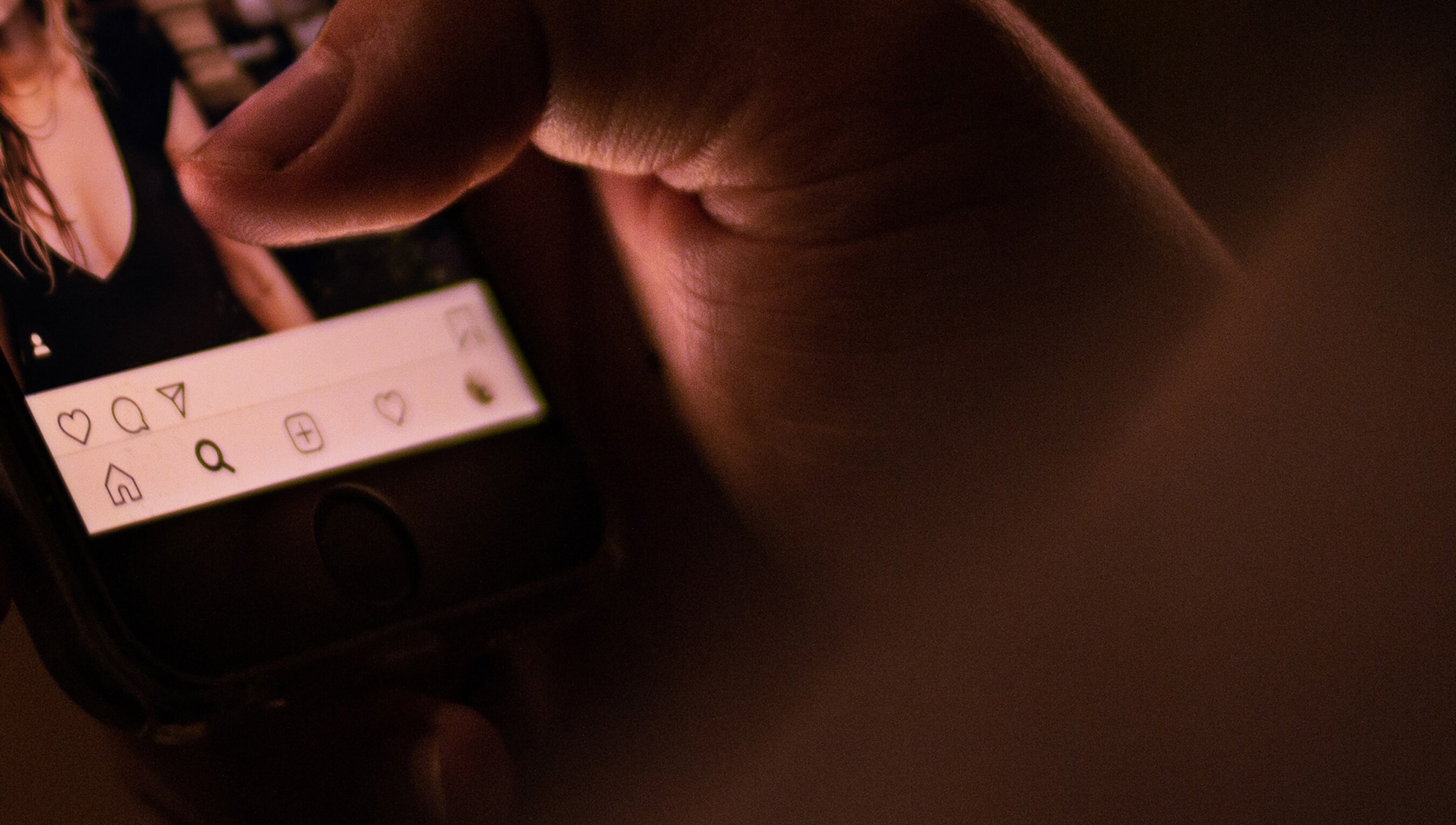 Teenagers are going to sext, let’s teach them to do it safely

is a senior researcher in the Department of Communication Studies at the University of Antwerp in Belgium. His work is supported by the Research Foundation – Flanders.

Teenage lovers have always shared intimate messages with each other. While previous generations relied on handwritten notes, late-night phone calls or Polaroid pictures, today’s adolescents can express intimacy through sexts – self-made sexually explicit images and videos shared via mobile phones. Most teenagers themselves refer to the phenomenon as ‘sending nudes’ or simply ‘sharing pics’.

Worldwide, around 15 per cent of 12- to 17-year-olds have sent a sext, and around 27 per cent have received one. Contrary to popular belief, girls are just as likely as boys to both send and receive these messages. They are mostly used to flirt or to express love and intimacy, and are usually sent to a boyfriend or girlfriend. Sometimes, young people use sexting as a signal, to indicate to a partner that they’re ready to have sex. Within this context, and when done consensually, sexting is a normal part of teenagers’ sexual development and experimentation.

The trouble comes when sexts are unleashed from this private context, forwarded to other people via messaging apps or posted publicly on social media. There are many ways this can happen: boys in particular might share sexts with friends as a form of boasting, or classmates might discover sexts by looking through someone’s phone. They can also be shared after a relationship has ended, as a form of revenge. The problem then snowballs: other teenagers who see these images and videos share them with others as a form of ‘visual gossip’. It doesn’t take long for a sext to spread widely across a friendship group or school.

For victims – young people whose intimate photos have been shared without their consent – this can be a traumatising experience with long-lasting consequences. Not only because of bullying and stigma from peers, but also because they’ve experienced a serious breach of trust, as the images were shared within a private relationship. What makes this worse is the enduring nature of digital photos: victims might continue to live with the fear that the images will resurface – even years after the initial incident.

Because of these risks, sexting is understandably a major concern for parents. As a researcher who has extensively studied sexting, I’ve learnt that most parents feel that there is only one solution: absolute prevention. Parents think that teenagers must be taught not to sext at all, and they look to schools to organise these lessons. But preaching abstinence is unlikely to be effective. When it comes to sex offline, abstinence-based education doesn’t work: it doesn’t delay intercourse or prevent sexually transmitted infections or pregnancy. Many teenagers who receive these lessons still have sex – because exploring sexuality is an important part of adolescence. It’s unlikely that this approach would work any better for online sexual behaviour.

Don’t include tattoos, piercings or birthmarks, and avoid images showing the face

The abstinence approach is also problematic because it sends the message that romantic or sexual partners can’t be trusted. According to a recent Belgian study, around 60 per cent of teenagers who had sent a sext did so to their romantic partner; another 12 per cent sent one to someone they hoped would become their partner. Telling teens that they can’t trust their boyfriend or girlfriend won’t resonate with how they see their relationship, and so is unlikely to be effective.

A more realistic approach is needed. If teenagers are going to send sexts anyway, a better idea would be to teach them how to do it more safely, with the understanding that there is no completely safe way to sext. A parallel can be drawn with sexual health lessons that encourage the use of contraception: condoms can’t remove all risks of sexual contact, but those risks can be considerably reduced.

Unfortunately, there is currently no research available on exactly which ‘safe sexting’ messaging would be most effective. However, waiting several more years for these evidence-based programmes to be developed and tested isn’t an option either. A substantial minority of teenagers are sexting today, and need guidance on how to navigate the risks associated with sexting. Luckily, we can make some educated guesses about what would be helpful for young people while we wait for the research to be completed.

One key message is that teenagers should avoid being recognisable in sexts. This includes being careful not to include tattoos, piercings or birthmarks, and avoiding images showing their face. They should also avoid taking pictures against a recognisable background, such as their bedrooms. Our research shows that 70 per cent of teenagers already take this approach when sending sexts. Young people should also be encouraged to engage in sexting only with people they know well, ideally in the context of a committed relationship. Anyone thinking of sending a photo should obtain consent from their partner before doing so, to avoid unsolicited sexting, and anyone receiving an image should agree not to save it on their phone permanently.

There is also the issue of pressure. In our qualitative study, respondents reported that (mostly) girls often received repeated pressure from their partners to engage in sexting. Some girls believe that sexting is expected from them – often because their boyfriend has explicitly said so – and fear that, if they don’t comply, the relationship might end. One of the female participants in our interviews said: ‘Most of the times if you don’t do it, then they will say, well don’t you trust me? We are in a relationship, right?’

To reduce the risk of sexting due to pressure, we can teach teenagers how to negotiate with their partners. Although there’s no research to date on effective negotiation around sexting, some strategies from research on condom use might be useful. For example, direct communication and sharing information about risk are both effective strategies for increasing condom use; the same approaches might be helpful for those who feel uncomfortable sending sexts.

Of course, not all responsibility for safer sexting should be placed on the shoulders of the person in the image. Safer sexting education should also involve a broader discussion about the responsibilities that come with receiving a sext. It has to be made clear that forwarding a sext without consent constitutes a form of sexual abuse that can have a long-lasting impact on the victim. In many countries, it is illegal to forward a sexted image from another person.

Then there are the bystanders – the teenagers who receive the forwarded sexts and then forward them on again, or who join in the bullying or gossiping about the victim. A lot of the damage during sexting incidents is done by these individuals. From research on cyberbullying, we know that the most effective way to reduce digital abusive behaviours is by encouraging bystanders to act in the right way, and this could be harnessed to teach young people how to respond to forwarded sexts. Besides not sharing the image, we could encourage teenagers to condemn and reprimand anyone who does; to comfort and help the victim; and to reach out to teachers or other trusted adults for help. If we can stop sexts from spreading through social networks, the negative consequences for the original sender are considerably reduced.

Lastly, adults can help too. It’s hard for parents and educators to engage in conversations about sexting, but they could try starting a broad conversation about safer internet use and sexting whenever these topics are discussed on the news or on TV. Parents can ask their children about their favourite social media apps so that they’re aware of their features and understand the importance of smartphones in their children’s lives.

Most importantly, they can make it clear that they’re always available in case their children experience problems online and that they will never threaten to take away their access to the internet or their smartphone. Teenagers are often scared to report the problems that they experience online to their parents because they’re afraid that adults will overreact, or take away access to their phones.

Safer sexting education ultimately means that we have to destigmatise sexting and recognise its role as a normal form of sexual communication. While we can’t make sexting completely safe, we can make it safer. We can teach teenagers to mitigate risks while allowing them to experiment with their sexuality.