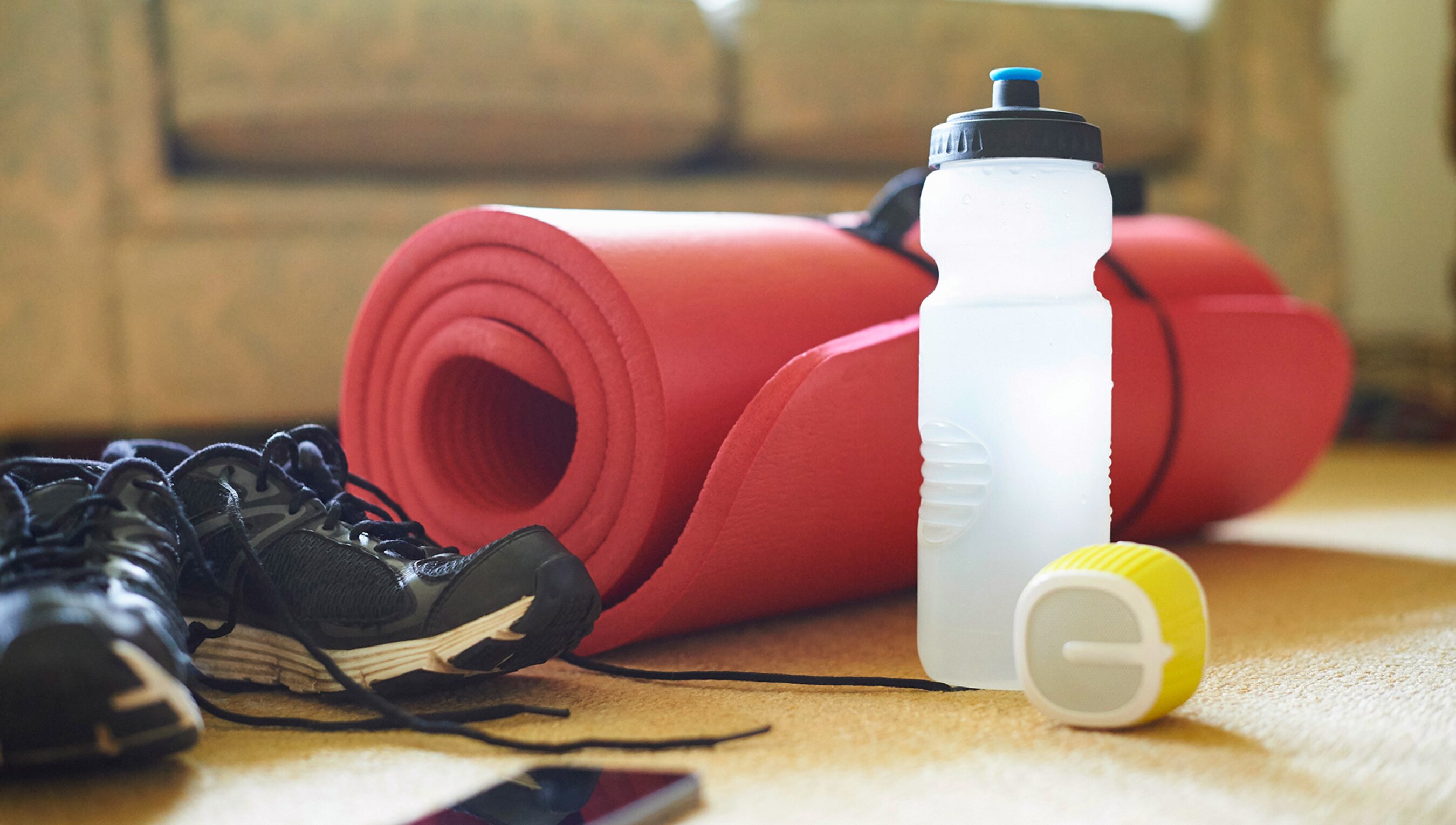 To meet your goals, forget willpower and fill your toolbox

is associate professor of psychology at Carleton University in Ontario. Her research examines how people set and pursue personal goals in their daily lives, and what can be done to improve goal pursuit and wellbeing.

Exercising more frequently. Spending less time on social media. Being kinder to your partner. Standing up for yourself at work. Each of us has many personal changes that we would like to make that we know would make our lives better, and yet we often hold off, unsure of how to take the first steps. Or we try for a little bit but then give up as our regular routines take over. Changing behaviours and habits is notoriously difficult! Yet sometimes we are able to make lasting changes and attain our goals – perhaps you have managed it too. So what’s the difference, how do we sometimes achieve successful change – and how can we increase our chances of success next time? The trick lies both in the goals we set, and in how we pursue these goals in our daily lives.

It might sound obvious, but the first step is to decide what you want to do. Is there a change that you want to make to your health, finances, relationships or personal life? Many people don’t bother striving for positive change because they don’t know what goal to pursue, or don’t believe themselves capable of meeting the goal. But goals do not need to be huge, life-altering changes. Small new behaviours, such as speaking with a friend for 10 minutes a day, going for a walk three times a week or disconnecting from your device 30 minutes before bedtime can bring a myriad of positive benefits, creating a ripple effect that improves your life.

As you think about what to pursue, ask yourself what is personally important to you, and what you can do about it. Deciding on a goal is a first step, and writing down or communicating the goal to others is a further step in solidifying your commitment to the goal. If your goal feels daunting, break it down into smaller pieces. Make those smaller goals specific, measurable and manageable – something you can realistically attain.

When thinking about your goals, also keep in mind the broader purpose or motivations behind them – is it something that you want for yourself or something you feel pressured to achieve by other people or wider society? Such pressures can be unrelenting, so if your goal does not feel personally meaningful, you risk being stuck in a loop of trying to achieve more and more, without ever feeling that it is enough. On the other hand, if your goal is personally meaningful, its pursuit will feel easier, and you are more likely to attain it.

It turned out that using more self-control, or using it more frequently, was unrelated to goal progress

Once you have your goal, how do you go about pursuing it in your day-to-day life? There is a popular belief that what is needed is willpower. Indeed, a recent poll in the US found that people cited a lack of willpower and ‘being lazy’ as the main reasons they would fail at their New Year’s resolutions. It’s true that willpower can work in the moment. Studies show that when people report more effort at resisting a temptation, they are less likely to give in. But over the longer term, it’s a different story. Consider one of my studies published in 2017 in which I asked 159 participants to set themselves four personal goals and then use their smartphones to track throughout each day, for a week, the desires and temptations they experienced (more than 2,300 collectively), and the extent to which they used self-control to resist them. Three months later, the participants reported their progress on their goals, and it turned out that using more self-control, or using it more frequently, was unrelated to goal progress. In other words, repeatedly using self-control to resist desires that interfere with your goals is unlikely to help with goal attainment down the road.

So if exercising willpower doesn’t help in the long-term, what can you do instead? There are many tips and tricks that can work. In my study from 2017, what did predict goal attainment was experiencing fewer, and less intense, conflicting desires. So, your main aim would be to reduce the strong desires in the first place. You can do that by setting up your surroundings so that temptations are, well, less tempting, and so that the positive behaviours are easier to remember and to do. For temptations, this can be done by making them unavailable (eg, leave the credit card at home) or less accessible (eg, hide the cookies on the highest shelf, out of view).

You can also make a specific plan to replace negative behaviours with positive ones, or for dealing with temptation when it does arise. Such plans work best when they are linked to specific situations. For example, if my goal is to spend less time passively scrolling Facebook, my ‘if-then’ plan might be ‘If I want to check social media, I will set a 10-minute timer for myself, and then when the timer rings, I will turn off the app,’ or ‘If I find myself scrolling Facebook, then I will call someone on the phone or send them a text message to find out how they are doing instead.’ You can even promise yourself the chance to give in later, or give in now but just a little bit (eg, only half a cookie) or for a short time (eg, five minutes of browsing Facebook); ‘later’ often turns into never, and a little bit of an indulgence is better than a lot.

There are other strategies you can use for when you want to start new behaviours. Try setting up cues or reminders that will make it easier to remember and/or complete the behaviour. For example, pack your gym bag the night before and leave it in the middle of the couch, or set a timer for the specific time you plan to go to the gym. You can also link a new behaviour to habits you already have. For example, immediately after brushing your teeth in the morning (an existing habit), take 10 minutes to learn a new language (a new behaviour). Another strategy is to remind yourself of the reason why you are doing the behaviour in the first place. Of course, this is more likely to help if you have set a goal that is personally meaningful – such goals bring about fewer desires and temptations. Here’s one more strategy – bundle the new desired behaviour with something rewarding, such as watching your favourite TV show while you run on the treadmill.

Building a toolbox of strategies that have worked for you in the past, and recalling these strategies, can help with self-control

Indeed, research finds that these strategies, and many others, can be effective in the moment to resist temptation and get us to do the behaviours we don’t necessarily feel like doing. Research also shows that using more strategies at once is more effective. Consider another, more recent study, in which my colleagues and I asked more than 200 participants to use their smartphones to report on their desires throughout the day (more than 4,400 collectively) and which of these strategies they’d used to resist them: removing themselves from the situation; distracting themselves; reminding themselves of their goals; promising themselves that they could give in later; reminding themselves why the desire was bad for them; and/or using willpower/simply resisting. We found that all the strategies were similarly effective in preventing the person from giving in to the desire in that moment, and much more effective than using no strategies. Most effective, however, was using multiple strategies at the same time – for each additional strategy used, a person was 2.3 times more likely to resist the desire.

The same research also found that there was variability in the strategies that people used across the day, and across different days of the week. Even though we generally found that, with a few exceptions, all reported strategies were similarly effective for different types of desire, participants seemed to have their own instincts about that – on average, they displayed a preference for using certain strategies to resist certain categories of desire. For instance, reminding themselves of the broader goal was more frequently used to resist the desire to sleep, and less frequently used to resist the desire for food or drink. Does this mean that it doesn’t matter which strategy you use? Not necessarily. What works for one person in one situation may not work for another. This has been shown when it comes to regulating one’s emotions; it is also likely to be true when regulating urges and desires. Indeed, research shows that variability (using different strategies in different situations) and flexibility (shifting strategies as needed) are particularly effective when it comes to self-control.

Given that many strategies can be effective, and that flexibility is good, how can you know which strategies to use, and when? It turns out that the best ones may be the ones that you are already doing. My colleagues recently published a study in which they told one group of participants about some expert-endorsed strategies to save money, while asking another group to describe some saving strategies that have worked for them in the past. Over the following month, the group reminded of their own effective strategies spent approximately $230 less than they intended, whereas the group given the expert strategies and a control group (who were not reminded of any strategies) actually spent slightly more. In a different study that examined multiple types of self-control conflicts (such as deciding between sitting on the couch to watch TV or going to the gym), being aware of more possible strategies was related to greater success in applying self-control in any given moment. Together, these results show that building a toolbox of strategies that have worked for you in the past, and recalling these strategies, can help with self-control.

So, to make positive changes in your life, do set yourself goals regularly – you don’t have to wait until the next new year. Use the tips and tricks that work for you, in a given situation. Try a few different ones – it’s OK if some of them don’t work for you! Having a larger repertoire, or toolbox of possible strategies to try, means that you are more likely to find something that works for you in a given situation. And, remember, having all these tips and tricks is better than trying to rely on willpower alone.