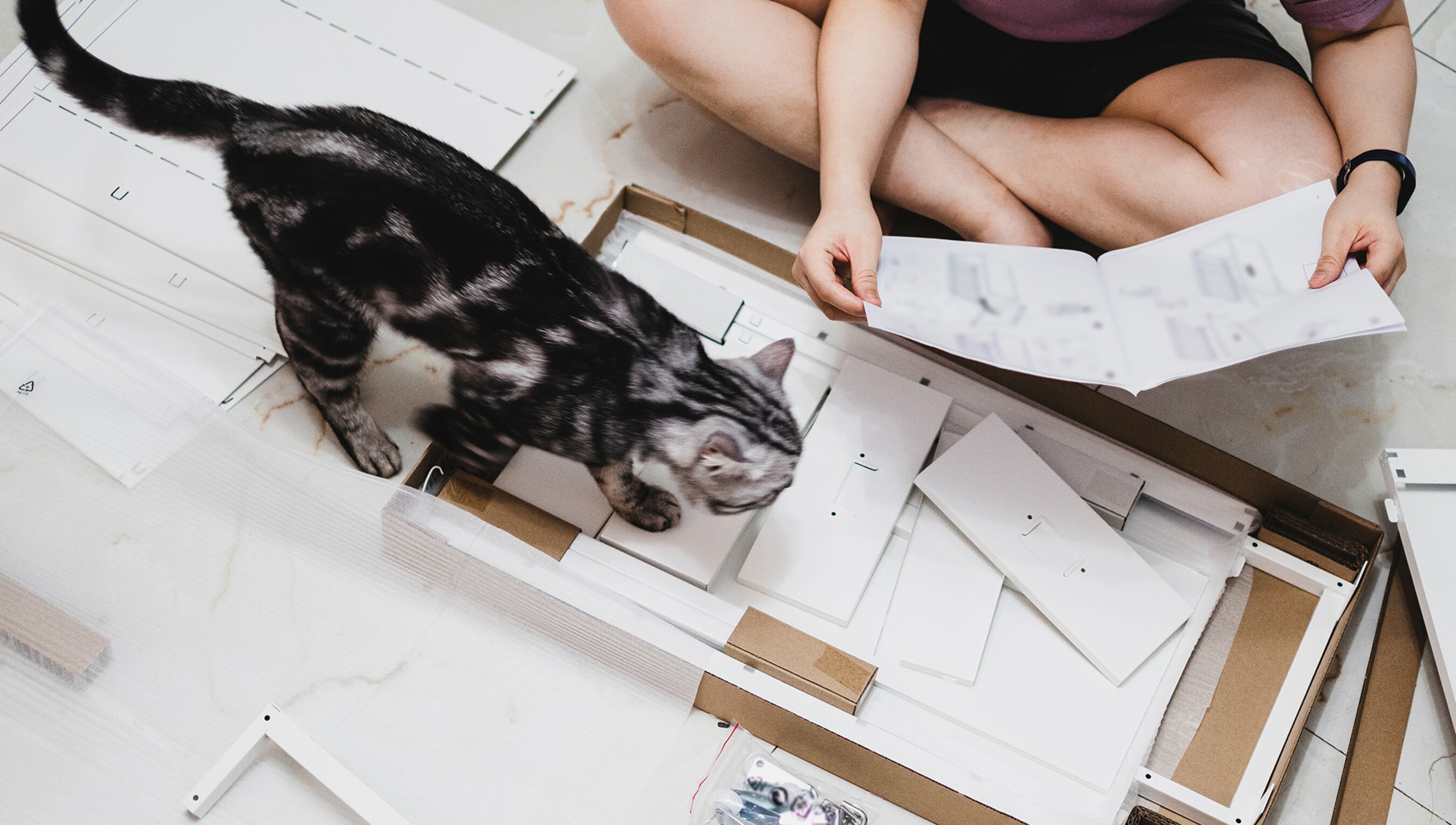 When a tricky task makes your brain hurt, here’s what to do

is a PhD candidate in experimental psychology at McGill University in Montreal, Canada. His research focuses on how attention, effort, and motivation influence how we feel pain.

Given the choice between completing a gruelling mental task or lounging at the beach, which would you choose? If you are like most people, the thought of soaking up the sun beats solving problems at the office. However, this widespread temptation to avoid difficult mental tasks is not a straightforward sign that many of us are inherently lazy. In many contexts, mental work can be genuinely unpleasant, experienced almost as an ‘itch’ in your mind that urges you to stop and do something else.

Challenging mental tasks require a kind of effort and feel strenuous – such as when you’re trying to think of a word in Scrabble, figuring out the instructions for IKEA furniture, finishing your homework, or simply recalling what was on your shopping list. But what exactly is the nature of mental effort? And why has such a large body of work shown that, given the choice between a challenging mental task and an easy one, people will usually opt for the easier option – even when putting in effort promises positive outcomes, such as earning money, helping another person, or empathising with someone’s feelings?

I’m fascinated by these questions. A better understanding of how people experience, think about, and cope with mental effort has greater potential than enhancing work productivity. Understanding why people sometimes avoid effort could have life-saving implications. Consider a radiographer scanning an image for a potential tumour who avoids making much effort; or the airline pilot who avoids the effort needed to remain focused and alert when flying.

Although mental effort is a common and fundamental aspect of the human experience, research to better understand the subjective feeling of effort, and why people find it aversive, is only just getting started. Many studies have shown that people will avoid mental (or ‘cognitive’) effort, but few have compared the feeling of effort against other well-known aversive experiences. Oft-used phrases such as ‘it hurts to think’ or ‘my head hurts from thinking too hard’ imply that cognitive effort provokes feelings of discomfort, maybe even akin to the feelings associated with pain. My colleagues and I recently tested the idea that these utterances are more than metaphorical – that is, whether thinking hard could be more aversive than feeling pain.

Nearly every person chose pain instead of the memory task at least once, with many choosing pain multiple times to avoid effort

Reframing the earlier example of choosing between a gruelling mental task at the office or a chance to lounge on the beach, what if the choice was now between a taxing mental task or sticking your finger in a mousetrap? Would people still be willing to avoid mental effort if the alternative were physical pain? In our study, my colleagues and I tested this out by offering people those exact two options: perform a tricky memory task or suffer the sensation of painful heat.

Before making their choices, the participants were given a taste of the options, so they knew what would be involved. The memory task required participants to remember a sequence of letters and to indicate whether the current letter matched a specific letter earlier in the sequence. There were five different levels of difficulty, each based on how early in the sequence the target letter appeared. The everyday equivalent to this task would be something like keeping a shopping list in your mind as you walk through a grocery store. Here, you must remember the items you already have, which items you need, and update your mental list each time you add an item to your basket.

Meanwhile, to apply the painful temperatures, we used a ‘thermal stimulator’ device that allowed us to precisely control the temperature and avoid damaging the skin. We placed the device on the person’s arm, using five grades of increasing temperatures (the highest temperature was the one the participant rated as 80/100 on a pain scale in the introductory phase of the study).

We were surprised to find that our participants often chose physical pain over the mentally effortful task. This suggests that people can perceive the costs of cognitive effort as high enough that they would prefer to experience physical pain rather than exert mental effort. In fact, this result appeared universal: nearly every person chose pain instead of the memory task at least once, with many choosing pain multiple times to avoid effort.

At higher levels of effort – ie, as the memory demands of the task increased – people were more willing to experience physical pain than to do the mental work required for the task. For the most difficult version of the memory task, our participants chose to feel pain (at some level) 60 per cent of the time, on average, but some of them actually opted for pain 100 per cent of the time. Conversely, at higher levels of pain, our participants were more likely to choose the memory task.

These findings show that, at some point, the unpleasantness of mental effort was comparable to that of physical pain. Although mental effort might be harmless, the notion that it is aversive (ie, something truly unpleasant that we want to avoid) appears to be more than just an abstract idea or metaphor. Here, we showed that people will, in fact, avoid cognitive effort, even when doing so hurts.

Although everyday life might not often require us to choose between thinking hard or experiencing pain, our research highlights just how powerful the feeling of mental effort can be. The unpleasant feeling people can experience when doing something mentally demanding appears to be more than an inconsequential side-effect. While it is incorrect to say that cognitive effort is painful, the perceived costs of effort and the desire to avoid it have real consequences for decision-making.

This raises the question – if mental effort can be perceived as costly and unpleasant, why do people sometimes not only undertake it reluctantly, but actually seek it out for pleasure? After all, many people enjoy highly effortful tasks, such as completing difficult crosswords, solving complex logic puzzles, or reading articles online about cognitive effort. Is there something special about these thinkers?

Try imagining the positive outcomes that will result from putting in the effort. If there are no obvious benefits, try creating some

Some experts have proposed that cognitive effort might not always be unwanted, and that some people might even find it rewarding. Just as a runner can experience a ‘high’ after finishing a race, a chess player can enjoy a sense of satisfaction after thinking through a particularly complex move. In these situations, perhaps the successful ends justify the effortful means. Running a marathon is unpleasant, racking your brain to find the perfect chess move could also be aversive, but in both cases the potential benefits of the effort could outweigh its costs.

Thus, our decisions to do mental work appear to include a comparison of the costs of an action against the potential benefits resulting from it. This allows us to pursue those activities that are most advantageous for us in the moment. A student is more likely to study hard for an upcoming exam if the benefits of doing so (eg, getting a good grade on the test) outweigh the costs of expending effort on studying. If the exam does not contribute to the student’s overall grade, or is far in the future, they will be less willing to spend mental energy on studying and instead would rather preserve their energy for something more worthwhile.

Another factor at play here is that people will vary in how aversive or potentially rewarding they find mental effort to be. There is actually an established personality trait known as ‘need for cognition’ that describes the variation in people’s preference for cognitively demanding activities. Akin to a runner ‘getting into the groove’ and enjoying a run after getting started, people higher in need for cognition are likely to find it easier to enter a state of ‘flow’, wherein a demanding activity comes to feel effortless, automatic and even enjoyable. However, just as even the most disciplined of runners are limited in their ability and willingness to sprint for extended periods of time, there will be a limit to a person’s willingness to engage in effortful activities, even if they are high in the need for cognition. In fact, in our study, we found that those high in the need for cognition still opted for pain at the higher intensities of mental effort.

One takeaway from this line of research is that, regardless of whether you score higher or lower on need for cognition (an example questionnaire item for measuring this trait is ‘I prefer my life to be filled with puzzles I must solve’), by manipulating your perception of the costs and/or the benefits of a mentally effortful task, you can influence your motivation to engage in mental effort. For example, try imagining the positive outcomes that will result from putting in the effort. If there are no obvious benefits, try creating some. This could be something as simple as rewarding yourself with a piece of chocolate or a fresh cup of coffee, or something bigger or more meaningful.

At the same time, there are steps you can take to reduce the apparent costs and effort involved in a mental task, for instance by breaking it down into smaller pieces. This idea, called ‘chunking’, is commonly used by those who struggle with sustaining mental effort, such as people diagnosed with attention deficit hyperactivity disorder (ADHD). I often use the approach myself when I feel unmotivated. For example, I find it easier to break larger, more effortful tasks (‘clean the house’; ‘work on manuscript’) into smaller, more manageable ones (‘sweep the kitchen floor’; ‘write 250 words in discussion section’). By decreasing the apparent costs of the effort, and by making the rewards less abstract and more concrete, you might even find the required mental effort feels less aversive.

The exact approach that works for you might be different from this, but the underlying principle is the same – by increasing the perceived benefits of undertaking mental effort, and/or decreasing the apparent costs, you might find you can increase your willingness and motivation to complete the task at hand. You might even find yourself opting to solve that perplexing work problem rather than lounge in the sun.