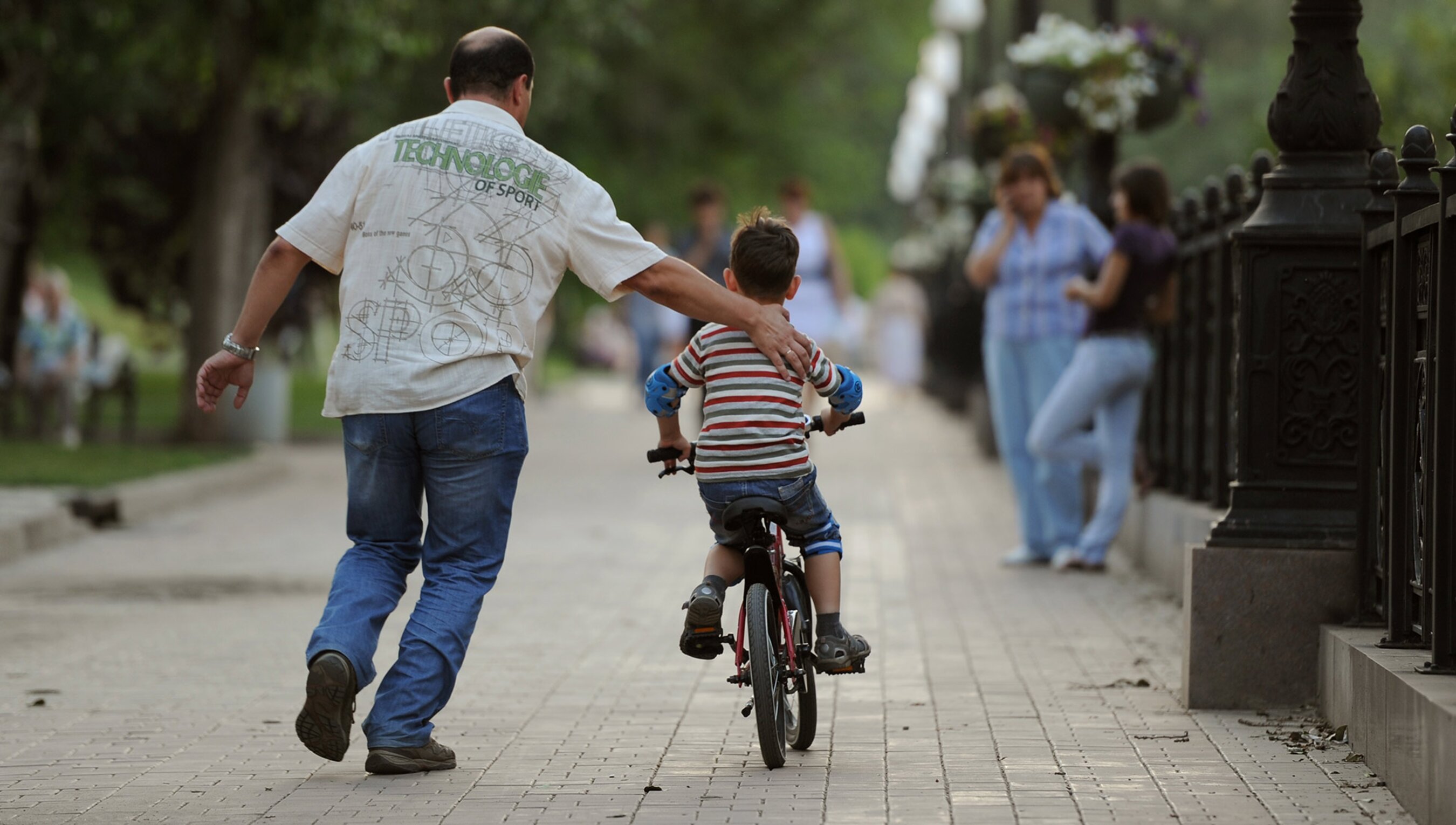 You can’t unlearn, and that’s a challenge for teachers

is an independent researcher in philosophy who has published on skilful action, affect, non-conceptual understanding, and philosophical methodology. He lives in Bonn, Germany.

is a postdoctoral researcher at the University of the Basque Country (UPV/EHU) and a member of the Lindy Lab. Her research focuses on philosophy of psychiatry and psychology. She has published on autism, delusions, and the boundary between normality and pathology. She is among the founding members of PRISMA, a research group on the uses of imagination in philosophy, art and the sciences.

As philosophy instructors, we’ve experienced a peculiar phenomenon. It arises during the frequent attempts we make to put ourselves in our students’ position, to understand their educational needs and difficulties. To do that, we travel back in time mentally, so to speak, to recreate the past situations in which we struggled with contents and contexts similar to the ones that our students now face. What we’ve found is that attempting to take our students’ perspective is not only remarkably effortful, but it’s often futile too.

Whenever we try to go back, we discover that our current knowledge state has become so ingrained that we’re unable to shake it off. What seems peculiar is that the novice mental state, now so difficult to access, was salient at the time. We distinctly remember struggling with philosophical concepts, the feelings of effort that accompanied our first logic class, for instance, or our first reading of Immanuel Kant’s Critique of Pure Reason (1781). We can remember working through logic proofs on our blackboards late into the night, going to bed frustrated without a solution. However, our former knowledge states remain completely inaccessible at the level of more complex and finer-grained thoughts. We are simply unable to think about logic proofs and philosophical text passages at a different competency level than the one we currently possess. Once you become an expert, recreating the novice state of mind turns out to be very hard, if not impossible.

We aren’t suggesting that this experience is unique to philosophy, it could easily apply to other instances of teaching and learning. Students learning quantum mechanics for the first time might feel like they are reading in a foreign language. When someone learns to cook a new dish, they must repeat each step carefully and deliberately before they can do it without help. Yet, if these learners happen to become physicists or professional chefs, they might have trouble remembering how it felt to be a novice, let alone how it was not to know what they know now. The same principle applies to simpler skills: it might be hard to teach a child how to tie her shoelaces, for instance, because we cannot understand how it is not to be able to do it.

But Ernst was learning facts only. The knowledge involved in learning a skill seems to differ significantly from the kind of knowledge that Ernst acquired. An easy and intuitive way to differentiate between these two ways of knowing is to think that skill involves knowing-how to perform a series of actions reliably – you are skilled in how to ride a bike, how to tie your shoelaces, or in how to prepare an authentic pad thai. By contrast, knowing facts, such as the ones that Ernst learns about Mira’s house, is a form of knowing-that something is the case. You know that Ankara is the capital of Turkey; that the Sun rises in the east.

The distinction between knowing-how and knowing-that seems commonsensical and intuitive. Yet it was introduced to contemporary philosophy only in the late 1940s by the British philosopher of mind and language Gilbert Ryle. Even then, its application to the skill debate didn’t become popular until the 1980s, mostly thanks to the work of the American philosopher Hubert Dreyfus. Dreyfus argued against rationalistic trends in philosophy and the cognitive sciences, according to which human intelligence is analogous to a computer, with learning based on the abstract and rule-based manipulation of symbolic mental representations. If the computer analogy were correct, learning should always look like Ernst acquiring knowledge about Mira’s house. However, the processes involved in skill acquisition show this can’t be right.

Building on the work of two of the seminal figures of 20th-century philosophy, the phenomenologists Martin Heidegger and Maurice Merleau-Ponty, Dreyfus argued that skilful action is primarily a non-conscious, bodily phenomenon; it’s not governed by rational rule-based manipulations of mental representations or deliberate thoughts. More importantly for our purposes, we believe that Dreyfus was the first to hint at a characteristic that is central to skill acquisition – it is non-cumulative. It is this aspect of skill learning that could be key to why it is nigh-on impossible for experts to rediscover their mindset as a beginner.

Unfortunately, Dreyfus neither fully articulated this point, nor did he spell out its consequences in detail. However, we can revisit our earlier example to illustrate the implications. When Ernst learns new things about Mira’s house, his knowledge advances cumulatively, and he can easily go back to previous knowledge states. In contrast, if Ernst learns to ride his bike, or if Mira acquires philosophical reasoning skills, their knowledge advances, but not in a cumulative fashion. This means they can’t go backwards to their earlier states of skill.

Instead of simply projecting our past selves back to our students, we should take on board the fact that our training has deeply changed us

We think that the non-cumulativeness of skill, besides being interesting per se, has farther-reaching philosophical implications. To appreciate why, we must first accept that skill can’t be fully equated with knowing-how, and accordingly can’t be placed in sharp contrast with knowing-that, contrary to the claims of Ryle and Dreyfus. Rather, we believe skill is a much more complex phenomenon that encompasses both forms of knowledge. We’ve been influenced in this respect by the contemporary analytic philosophers Jason Stanley and Timothy Williamson, who made the convincing case recently that at least some forms of knowledge-that are involved in skilful action, especially temporal and spatial facts or knowledge of ‘initiation conditions’, as they call them. If you are a skilled soccer player, for instance, you will know the relevant facts about when and where to start an action: when to kick the ball, where to go when confronted with a defender, where or when to stop moving to avoid a foul. Clearly, we don’t know these things in a conscious, explicit sense, but knowing them implicitly equates to knowing facts about temporal and spatial circumstances.

We agree with Stanley and Williamson but would go even further. Take the example of Mira going for a run. Besides knowing when and where to start moving her legs (the initiation conditions that Stanley and Williamson refer to), if she’s experienced, she would know a host of additional facts about her running environment. If she runs in a park, she’ll know to pay less attention to the path in front of her, based on her knowledge that running paths are typically well-maintained in her city. If she goes for a run in an unfamiliar forest, she will probably pay close attention to the ground in front of her and proceed with caution. In these examples, Mira’s running skills are informed in important ways by knowing key facts about her surroundings. Indeed, every time she goes for a run, her knowledge of these and similar facts determines the particular running style that she adopts, along with many other things, such as whether to bring pepper spray with her, given crime rates in the area. These complex forms of contextual knowledge are not merely instrumental to her running skill, they are a constitutive part of it.

Crucially, this contextual fact-based knowledge holds not only for motor skills but for intellectual pursuits too. Our experiences of teaching philosophy are an example of another skill that requires plenty of knowledge of facts. However, quite surprisingly, the knowledge involved in this skill seems to be non-cumulative. In fact, as we said, becoming experts has radically changed our perspective, to the point that it’s virtually impossible for us to go back to our previous knowledge states. Unlike Ernst learning new facts about Mira’s house, there is no way for us to decompose our philosophical skill into discrete building blocks, so that we can look at them individually, take them away and put them back together.

We’re left with a puzzle. On the one hand, athletic and intellectual skills alike include an important factual component. On the other, this factual component appears to be decidedly non-cumulative. If this is correct, it casts doubts on the generally accepted model of factual knowledge that states the learning of knowing-that type information is cumulative. A philosophically convincing account of skill needs to address this conundrum: what makes learning philosophy so different from learning facts about Mira’s house?

As we have hopefully shown, the answer cannot lie in the classic knowing-that versus knowing-how distinction. Even in the case of highly intellectual skills such as philosophy, the factual component exhibits non-cumulativeness. This is particularly surprising given that the factual knowledge involved in intellectual skills is usually seen as propositional – that is, the kind of knowledge that can be expressed in sentences, and which is usually considered cumulative.

There is one promising way out of the puzzle. That would be to distinguish in a finer-grained way among different ways of knowing facts. However, we should not underestimate what a major philosophical upheaval this would entail. It might show that not all forms of intellectual knowledge are propositional, which would be a radical departure from current epistemological theory.

This might sound daunting, but it could be worth it. Getting a clearer perspective about the nature of skill promises to reap meaningful rewards. There are practical implications for educational settings, and our teaching practices could be helpfully informed by this discussion. Before we get there, a first step is to try to be more aware of the perspective-taking gap between ourselves and our students. Instead of simply projecting our past selves back to them, we should take on board the fact that our training has deeply changed us. That doesn’t imply that we should stop travelling back with our minds to try to access the novice state. In fact, that might be our only option for now. However, we should recognise this mental manoeuvre as nothing more than a fallible and imprecise heuristic. In some ways, unlearning is a bigger challenge than learning.