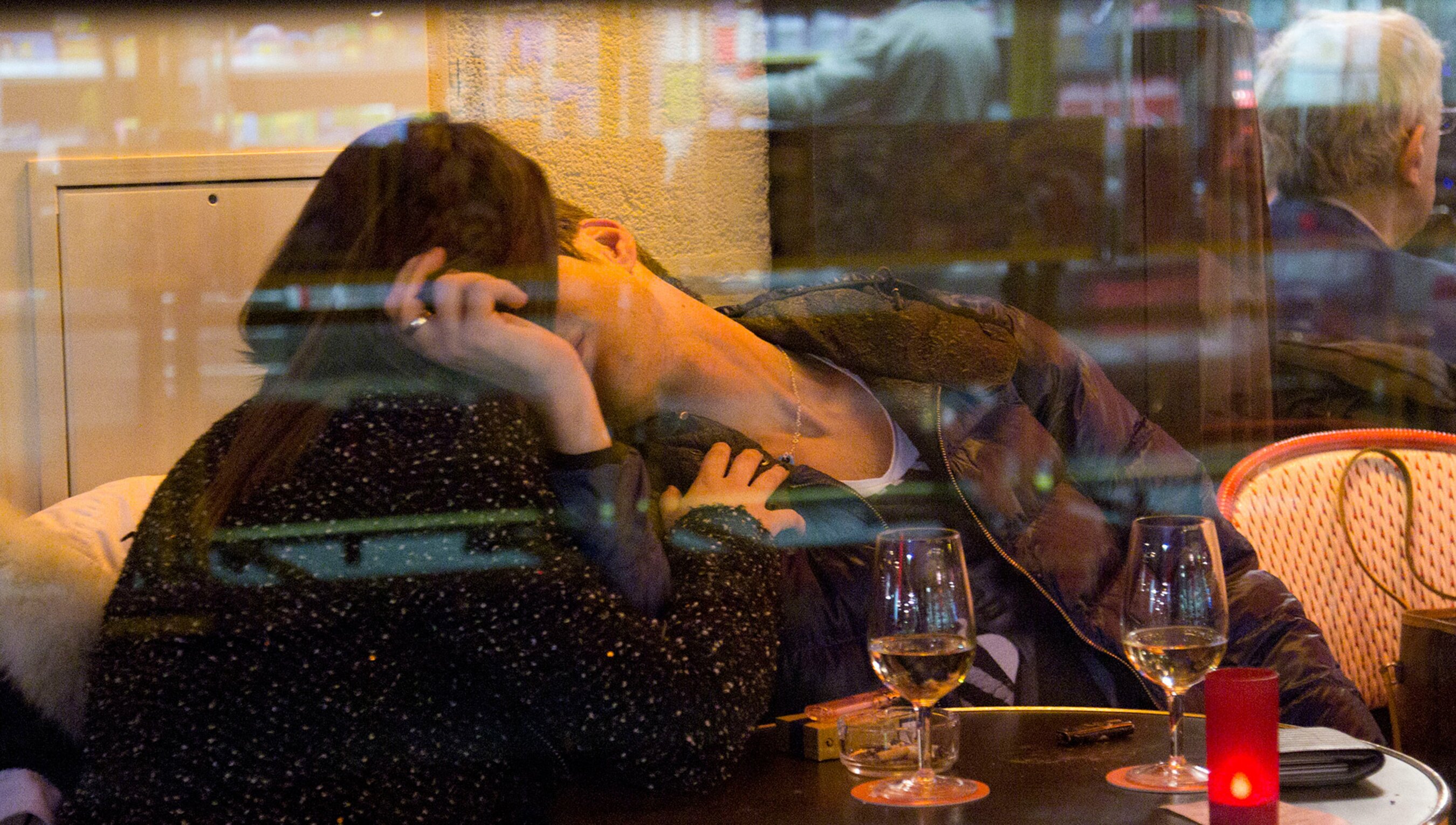 Your partner’s infidelity needn’t be a relationship catastrophe

is a senior lecturer in psychology at the University of Maryland. He blogs on The Resistance Hypothesis at Psychology Today.

For the vast majority of people, infidelity is a socially and emotionally devastating betrayal. ‘Cheating’ in monogamous romantic relationships is almost universally viewed as immoral, and is a leading predictor of divorce. It’s also the subject of countless books, films and songs. From Nathaniel Hawthorne’s novel The Scarlet Letter (1850) to the Oscar-nominated film Closer (2004), infidelity is as captivating as it is upsetting.

Yet, for all its ubiquity, infidelity is tricky to define, in part because the boundaries of monogamy vary from couple to couple. It could include kissing, sex or emotional intimacy with someone who’s not your significant other. It could also include flirting or ‘sexting’ – sending sexually explicit photos or messages to someone else. The common thread is that whatever the romantic or sexual interactions, they are in violation of an exclusivity agreement within the primary relationship. Put simply, within each couple, most people know infidelity when they see it.

Infidelity is so painful, in part, because people interpret it as a threat to their relationship. That is, people believe that their partner’s cheating is a sign that something is wrong, and this leads to the emotional turmoil of rejection, jealousy and mistrust. There is scientific evidence to back this up: when people feel unsatisfied or uncommitted in their relationship, they’re more likely to cheat. Some researchers have called this the deficit model of infidelity, which can also include motivations of neglect, conflict, anger and a desire for revenge.

But is this always true? Does all infidelity stem from relationship problems? Research assessing why people have sex more generally shows that people can come up with hundreds of reasons – 237 to be exact. Common reasons involve pleasure and intimacy. But sometimes people are motivated to have sex in order to boost their own or another’s self-esteem, to impress others, to relieve stress, to get a job/promotion, because of a bet or dare, to gain more sexual experience, to explore one’s sexual orientation, or even to feel closer to God. Given the varied and complex motivations for sex, perhaps motivations for infidelity are also more diverse than they first appear?

Reasons for infidelity included being on vacation, highly stressed or drunk

With my colleagues Justin Garcia and Irene Tsapelas in 2017, we ran a study to find out. We recruited 495 young adults (average age 20) who had recently cheated on their partner, and asked them what had motivated them to do it; in a later exercise, we asked them what kinds of things they did, said and felt with their affair partners. Just over half of our participants were women, and most (88 per cent) were heterosexual and unmarried (96 per cent). Given the difficulties with providing a universal definition of infidelity, we let participants determine what counted as infidelity for themselves; nearly everyone (94 per cent) said that their indiscretion involved sexual contact. We told participants that they could give as many motivating factors as needed.

Many of the reasons they gave were based on relationship problems with their primary partners, as predicted by the deficit model. For example, participants reported a lack of love or commitment towards their partners, sexual dissatisfaction, and feelings of neglect and anger. But, as we anticipated, some reasons for infidelity were more about the individual and the context they were in. This included situational factors (such as being on vacation, highly stressed or drunk), esteem boosting (wanting to gain social status, feel more attractive or assert independence), and sexual variety (wanting more partners and experiences).

Importantly, we asked participants to rate how strongly each factor played a role, and these individual factors were often more important than the relationship-problem variables. Fewer than half of participants said they felt motivated by anger, and sexual dissatisfaction was the least cited reason by women, and second least for men. Meanwhile, more than half of all respondents said they cheated to boost their own self-esteem, and the majority of participants said they felt motivated by situational factors or a personal desire for sexual variety. (Of course, people could give multiple reasons for their infidelity at the same time, so some participants might have felt relationship and individual motivations in parallel.)

In other words, when a person cheats, it can be as much about them as an individual as it is about their partner – possibly even more about the cheating individual. This is further supported by our evidence that people who report individual/situational factors for infidelity tend to have different, less intimate affairs. They had affairs that were shorter, involved fewer public dates (eg, going out to dinner) and less intimacy (eg, saying ‘I love you’); these affairs also involved less emotional and sexual satisfaction. These people also didn’t want their infidelity to affect their primary relationship: they were more likely to keep their affairs a secret and remain with their partners in the long run.

Clearly, some people seem to cheat for reasons other than being unhappy with their relationship. Our study focused primarily on young, unmarried adults, but this finding has been supported by research with other samples. An earlier study by Shirley Glass and Thomas Wright, for example, found that 56 per cent of men and 34 per cent of women who’d had extramarital sex rated their marriage as either ‘happy’ or ‘very happy’. As we wrote in our 2020 paper, ‘not all infidelities are created equal.’

There’s room for couples to learn and grow after it happens, even if it causes a period of distress

This finding throws a wrench into the folk wisdom about infidelity. Of course, many affairs and indiscretions do happen because there are serious problems in the original relationship, and it causes so much pain that it signals an irreparable end. But in other cases, if we know that people cheat for reasons that aren’t about their relationships, then maybe infidelity doesn’t have to be the tremendous disaster we expect it to be. Any instance of cheating can be deeply painful, but maybe it isn’t worth ending a 20-year marriage or breaking up a family over, especially if the infidelity wasn’t motivated by any fundamental problem in the original relationship.

Perhaps the negative effects that result from affairs are, in part, a self-fulfilling prophecy. If people believe that all infidelity is extremely immoral, then they expect the consequences of it must be dire. But if we adjust our mindset to view cheating as a more moderate problem, there’s a lot of room for couples to learn and grow after it happens, even if it causes a temporary (and sometimes considerable) period of distress.

One way to reduce the harm caused by infidelity, and to better understand why it happens, is for couples to have more frank conversations about what monogamy means to them before any cheating happens. Research has highlighted that couples routinely miscommunicate about monogamy or exclusivity, and some couples disagree about whether they even had an agreement to be exclusive in the first place. More explicit and honest conversations about relationship boundaries might stop some behaviours being viewed as infidelity at all, thus reducing their impact. Some couples, for example, agree to ‘consensual nonmonogamy’, in which sexual and/or emotional intimacy with other people is not considered a violation of their relationship.

A more nuanced understanding of infidelity might also be important for couples in the aftermath of affairs. People often describe infidelity as traumatising, but perhaps it doesn’t have to be. Instead, couples might benefit from seeing it as a stressor – a stressful challenge to work through – rather than a catastrophe. Indeed, some therapists and relationship experts argue that, if you and your partner are open and honest about nonmonogamy, it need not be much of a stressor at all.

It might help to remember that, regardless of whether you and your partner maintain a lifelong monogamous relationship, it’s likely that both of you will have romantic or sexual fantasies about other people from time to time. When it comes to your partner, this might be upsetting to think about. But remember that those feelings might not indicate anything about the quality of your relationship. Of course, people can control what they do in response to those feelings and, in many relationships, acting on them will have negative, long-lasting consequences. But in other cases, it might be more helpful to remember that many people will periodically have desires for others and, at the same time, still love their partner deeply. And that’s a comforting thought.