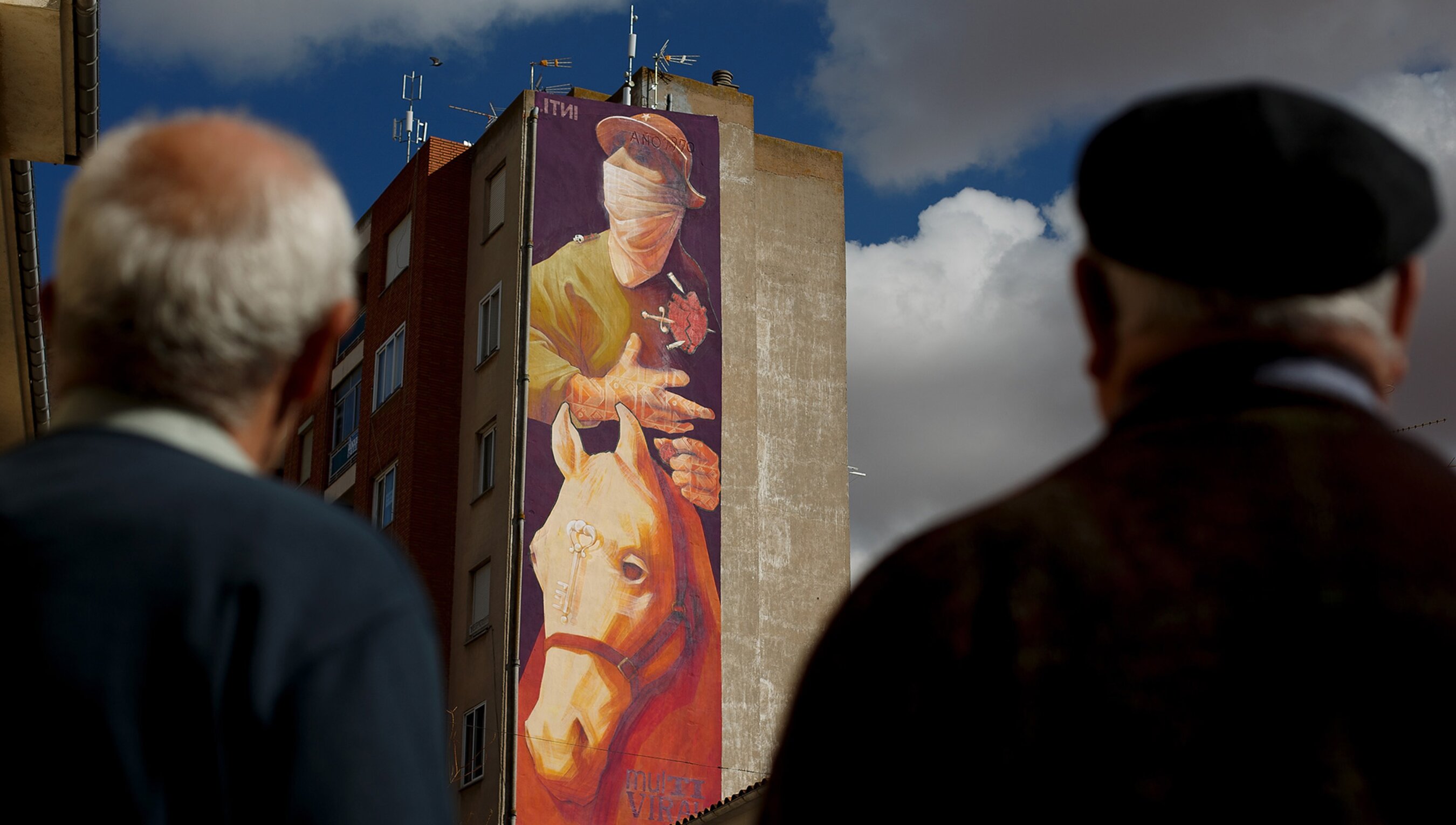 Beliefs have a social purpose. Does this explain delusions?

is a PhD student at University College London. Her research investigates social cognition in psychosis and across the paranoia spectrum.

At first glance, delusional beliefs appear to be irrational. People with psychosis might believe that the prime minister is watching them through the television, or neighbours are poisoning them, or colleagues have hired a hitman to kill them. Psychiatrists class such beliefs as delusions when they judge them to be implausible and unfounded. When cognitive scientists try to understand why people develop delusions, they too have focused on this notion of epistemic irrationality, underlining that delusions arise from faulty reasoning processes. However, this conflation of irrationality and delusion obscures a deeper understanding.

The emphasis on irrationality in mental health research has a long history. According to the French philosopher Michel Foucault, an absence of reason or rational thought has been considered central to ‘madness’ since the 17th century. In the early days of modern psychiatry, the German-Swiss psychiatrist Karl Jaspers defined delusions as ‘ununderstandable’ beliefs that don’t reflect the external world. Today, in the diagnostic manual DSM-5, the American Psychiatric Association states that delusions are beliefs that are ‘clearly implausible and are not understandable to same-culture peers’. While this definition stops short of characterising such beliefs as ‘false’ – that word was removed for the current edition – the definition still tacitly implies that delusions are irrational.

A more recent theory argues that the focus on irrationality is missing the point. To start, labelling delusions as irrational suggests that all ‘normal’ cognition is rational, and this just isn’t the case. Very few of us hold beliefs based on a scientific analysis of information. Psychological research (and honest self-scrutiny) shows that our views are disproportionately influenced by a multitude of factors, such as emotionally significant information, our political in-groups, and people who agree with us or seem to have authority. Difficulty with accurately interpreting the external world isn’t seen only in individuals classified as delusional.

Rather than exposing a generally irrational or dysfunctional reasoning process, the new theory suggests that delusions might emerge from specific processes in our ‘coalitional psychology’ – the set of cognitive mechanisms that have evolved to help us understand our social environment. These processes help us live and cooperate with others by understanding their intentions, the groups and allegiances that other people form, and our positioning within these groups.

Explanations that centre on a general problem with reasoning fail to explain a key observation: most delusions involve social content. Consider some common delusional themes. Persecutory delusions (such as those at the start of this piece) involve being targeted by someone else; grandiose delusions (such as believing that you are God or a celebrity) have central notions of social identity and status. This social content isn’t apparent only in clinical studies, but is also visible throughout literature. From Don Quixote’s inflated impression of status to the hallucinated woman in Charlotte Perkins Gilman’s short story ‘The Yellow Wallpaper’ (1892), it has been hinted for centuries that our deepest delusional concerns are intrinsically tied to our social world.

To understand why people form beliefs that are classified as delusional, and why those beliefs are so often social, the coalitional account stresses that we must bear in mind why humans form beliefs in the first place. Beliefs serve a significant social purpose, enabling us to survive in our social environment. They allow us to successfully cooperate with each other, to mutually reflect and solve problems, and they adapt to our social context.

For example, in the COVID-19 pandemic, the belief that social distancing reduces the spread of the virus has served an essential social function. It has enabled one of the largest-scale cooperative acts humans have ever performed, coordinating the behaviour of disparate groups to tackle the virus.

At the same time, beliefs differ across social groups. For example, beliefs about the risk levels of certain activities during the pandemic, and the need to wear masks, vary dramatically across political identities. The sheer power of social influence on such beliefs might be frightening, but it illustrates how sensitivity to the social environment is a key mechanism underlying how we form and maintain beliefs.

Considering the social role of beliefs, delusions become easier to understand. For example, persecutory delusions are consistently higher in people who have been bullied, or in marginalised groups such as refugees. If you have been repeatedly threatened or abused, it makes sense to be wary of people in the future. Therefore, rather than persecutory delusions being ‘irrational’, in many cases they are a direct response to sustained coalitional threat in a person’s environment. Similarly, grandiose beliefs might function to increase engagement in the social environment by staving off depression in the short term.

Of course, just because a delusion has logical roots doesn’t mean it’s helpful for the person once it takes hold. Indeed, this is why delusions are an important clinical issue. Delusions are often conceptualised as sitting at the extreme end of a continuum of belief, but how can they be distinguished from other beliefs? If not irrationality, then what demarcates a delusion?

Delusions are fixed, unchanging in the face of contrary evidence, and not shared by the person’s peers. In light of the social function of beliefs, these preconditions have added significance. The coalitional model underlines that beliefs arising from adaptive cognitive processes should show some sensitivity to social context and enable successful social coordination. Delusions lack this social function and adaptability. Clinical psychologists have documented the fixity of delusional beliefs: they are more resistant to change than other types of belief, and are intensely preoccupying, regardless of the social context or interpersonal consequences. In both ‘The Yellow Wallpaper’ and the novel Don Quixote (1605-15) by Miguel de Cervantes, the protagonists’ beliefs about their surroundings are unchangeable and, if anything, become increasingly intense and disruptive. It is this inflexibility to social context, once they take hold, that sets delusions apart from other beliefs.

Across the field of mental health, research showing the importance of the social environment has spurred a great shift in the way that clinicians interact with patients. For example, research exposing the link between trauma and psychosis has resulted in more compassionate, person-centred approaches. The coalitional model of delusions can now contribute to this movement. It opens up promising new avenues of research, which integrate our fundamental social nature and the social function of belief formation. It can also deepen how people experiencing delusions are understood – instead of contributing to stigma by dismissing delusions as irrational, it considers the social conditions that gave rise to such intensely distressing beliefs.