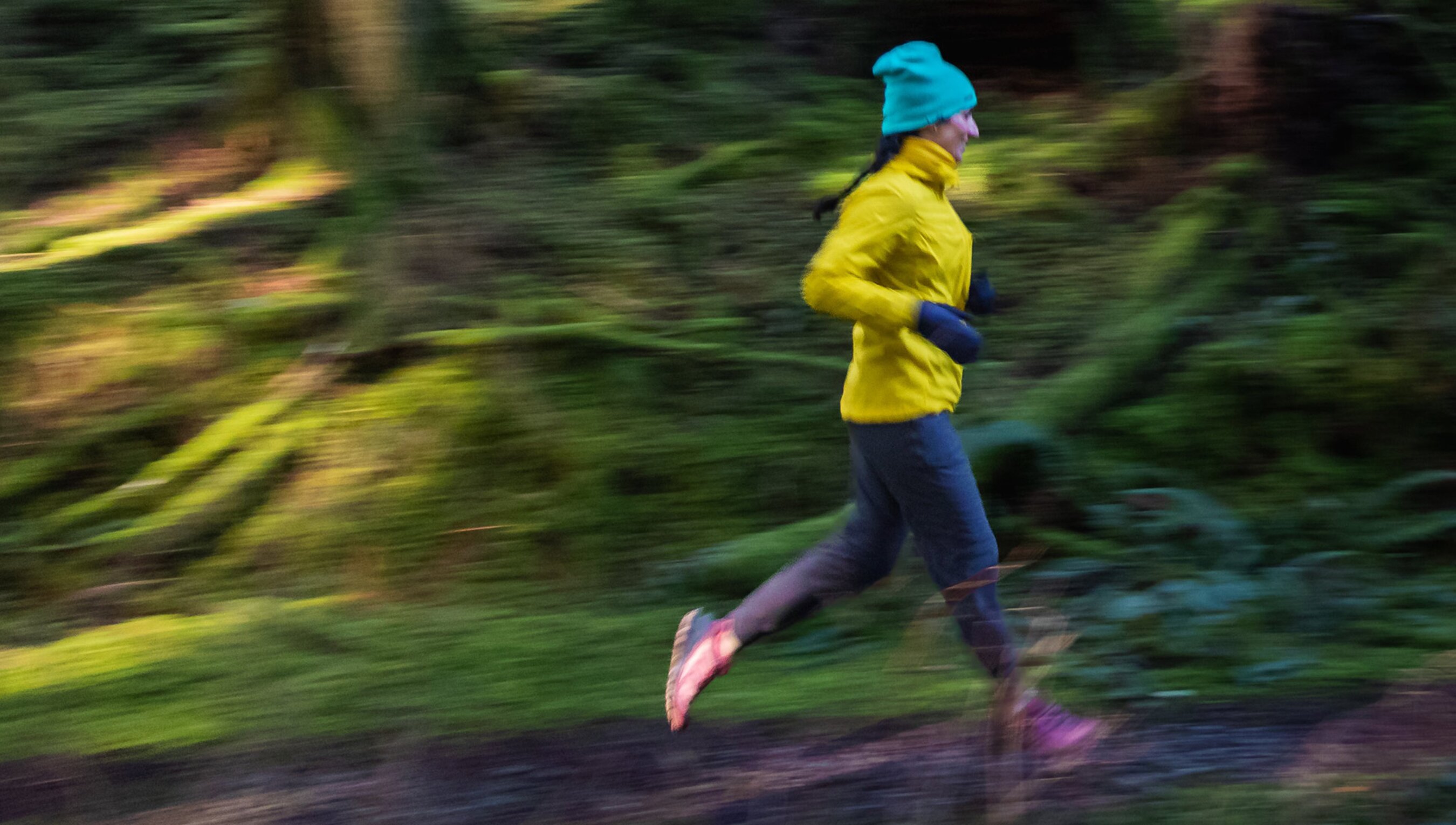 Even a single exercise session can help shift depression

is a postdoctoral research associate at the University of Western Ontario. He researches the benefit of physical activity on mental health and wellbeing.

is a postdoctoral research fellow at the Institute for Health and Sport, Victoria University. She studies the impact of physical activity on physical and mental health in a broad range of individuals affected by various conditions.

Exercise has been described as a transformative experience for people affected by depression, one that can contribute to increased engagement with life and a joy of living that has been absent. People who have experienced depression and tried using exercise to help deal with it have recalled feeling invigorated, calmed or clearer headed after workouts – it’s like ‘blowing the cobwebs away’, as one woman who had taken up cycling told researchers.

Indeed, research has shown that routinely exercising over multiple weeks or months can lead to a clinically meaningful reduction in depression symptoms. Additionally, prescribing exercise along with standard treatments such as psychotherapy or pharmacological interventions may enhance the effectiveness of those treatments. Although global guidelines suggest that adults engage in 150-300 minutes of moderate-to-vigorous physical activity each week to gain health benefits, the benefits for depression can be experienced at lower doses and intensities than that. Integrating into one’s routine any of a wide range of exercises – such as cycling, swimming, brisk walking and jogging, strength or resistance exercise, or lower-intensity exercise such as yoga or Pilates – could be beneficial for treating or managing depression over time.

What’s far less well documented is the potential of exercise to help with acute symptom management in depression – to serve as a therapeutic tool with an immediate positive impact. How quickly can a workout make a difference? The ‘feel better’ effect of exercise has been touted since as far back as the 1960s, and terms such as ‘endorphin high’ and ‘runner’s high’ are well established in the public lexicon. Anecdotes of feeling euphoric after exercise are supported by empirical evidence from the general population. If people with depression can experience the same feel-good effect of exercise, even a limited amount might have a rapid, short-term effect on some of the symptoms of depression, which is characterised by persistent low mood, reduced ability to feel pleasure, fatigue, and feelings of worthlessness. Yet those with depression experience negative emotions that are resistant to change, as well as impaired reward processing, which could dull the sense of elation following an exercise session.

To determine whether the acute benefits of exercising translate to people affected by depression, we and our colleagues recently set out to identify and synthesise the results from the relevant research conducted so far. We identified 18 experimental studies that examined changes in self-reported moods and emotions following a single exercise session in people affected by depression.

The feel-good effect of exercising may be temporary, yet it has the potential to contribute to long-term improvements in depression

Promisingly, our analysis indicates that, on average, positive moods and energy significantly increase from just before to immediately after a 20-60 minute session of exercise. What’s more, negative moods decrease significantly. These positive outcomes were seen in both clinical samples (ie, people actively seeking treatment for depression) and community samples (ie, people with elevated symptoms of depression but not seeking treatment), for different types of exercise (eg, cycling, walking, weight training), and in different exercise settings (eg, in a gym, on a trail). The length of the exercise session did not change how effective it was at improving people’s moods.

For many years, the main theories proposed to explain why exercising makes people feel good were the endorphin and distraction hypotheses. The endorphin hypothesis suggests that the release of beta-endorphins during exercise leads to feelings of euphoria. The distraction hypothesis proposes that exercising provides a distraction from unpleasant experiences that have a negative impact on mood. However, there may be more plausible mechanisms for the immediate mood boost people get from exercise – including people with depression. For example, communication between the areas of the brain associated with experiencing and regulating moods increases during exercise. Researchers have also pointed to the endocannabinoid system as a potential mechanism. Endocannabinoids, the endogenous version of a component of tetrahydrocannabinol (THC) in cannabis, are found in lower concentrations in people affected by depression, but they increase significantly during exercise. Exercising may acutely increase the concentration of brain-derived neurotrophic factor (BDNF) as well, similar to the effect of other antidepressant treatments.

The feel-good effect of exercising may be temporary, yet it has the potential to contribute to long-term improvements in depression. Consistently experiencing symptoms of depression can lead to self-perpetuating ‘downward spirals’ of self-derogation, rumination, avoidance, and decreased motivation to pursue rewarding behaviours. Sudden reductions in depressive symptoms, such as those experienced during exercise, could help disrupt these downward spirals. Additionally, more positive moods and increases in energy might encourage people to engage in rewarding activities (eg, hobbies, social interactions) and help them build up their resources (such as social connectedness) for overcoming depression symptoms. Research suggests that changes in moods during an exercise session are predictive of the overall effectiveness of routine exercise as a treatment option for people affected by depression.

‘If exercise could be packed into a pill, it would be the single most widely prescribed, and beneficial, medicine in the nation’

The reasons why physical activity is effective for treating depression over time are not yet fully understood; mechanisms such as changes in brain structure or improvements in self-esteem have been proposed, but the evidence on those is currently lacking. Based on our recent research, the short-term, feel-good effect of each exercise session in people with depression has to be added to the list of mechanisms that could help explain the longer-term antidepressant effects of being active.

Given what we’re learning about the emotional benefits of physical activity, it might have some advantages over other treatments, such as antidepressants, which can take several weeks to have a meaningful effect (and which can have some early side effects). Although antidepressants can be effective at decreasing the negative emotions experienced in depressive disorders, they seem to be less effective at increasing positive emotions. This suggests that physical activity should be prescribed – in addition to other proven treatments – at the earliest sign of a depressive disorder to help disrupt the progression of symptoms. Accordingly, the Royal Australian and New Zealand College of Psychiatrists and the National Institute for Health and Care Excellence in England and Wales, among other organisations, recommend exercise as a treatment option in their guidelines for the treatment and management of mild and severe depression.

Engaging in exercise sometimes requires strong motivation, and it might not be every person’s preferred form of treatment. And while managing mood is a key factor in motivating people with depression to be more physically active, negative mood and lack of energy are also barriers that must often be overcome. Therefore, adequate support and monitoring from mental health care providers may be essential for assuring engagement in physical activity. Since exercise sessions as brief as 20 minutes have been shown to have benefits, participating in any amount of exercise is better than none – and even small, incremental steps to ramp up levels of physical activity over time are likely to be beneficial. People with depression should engage in manageable forms of exercise that they find enjoyable, which could be key to increasing and sustaining the behaviour over time.

Currently, people with depression tend to engage in relatively low levels of physical activity. Some mental health professionals perceive obstacles to prescribing exercise for their patients, including lack of training in how to do so. But as Robert N Butler, the first director of the US National Institute on Aging, once stated: ‘If exercise could be packed into a pill, it would be the single most widely prescribed, and beneficial, medicine in the nation.’ If we are going to ensure that people affected by depression are given the opportunity to experience the multitude of benefits associated with exercising, there should be coordinated efforts to increase it by everyone involved in patient care.

If you are personally interested in harnessing exercise for its effects on mental health, you don’t have to start by training for a 5K. Instead, you could (for instance) take a short walk in nature or follow along with a yoga video. Also consider getting other people or furry friends involved in your activity for added enjoyment. Although the barriers to engaging in exercise might seem high at first, the benefits could follow quickly.

The body and physical healthDepressionHabits and routines
8 November 2022