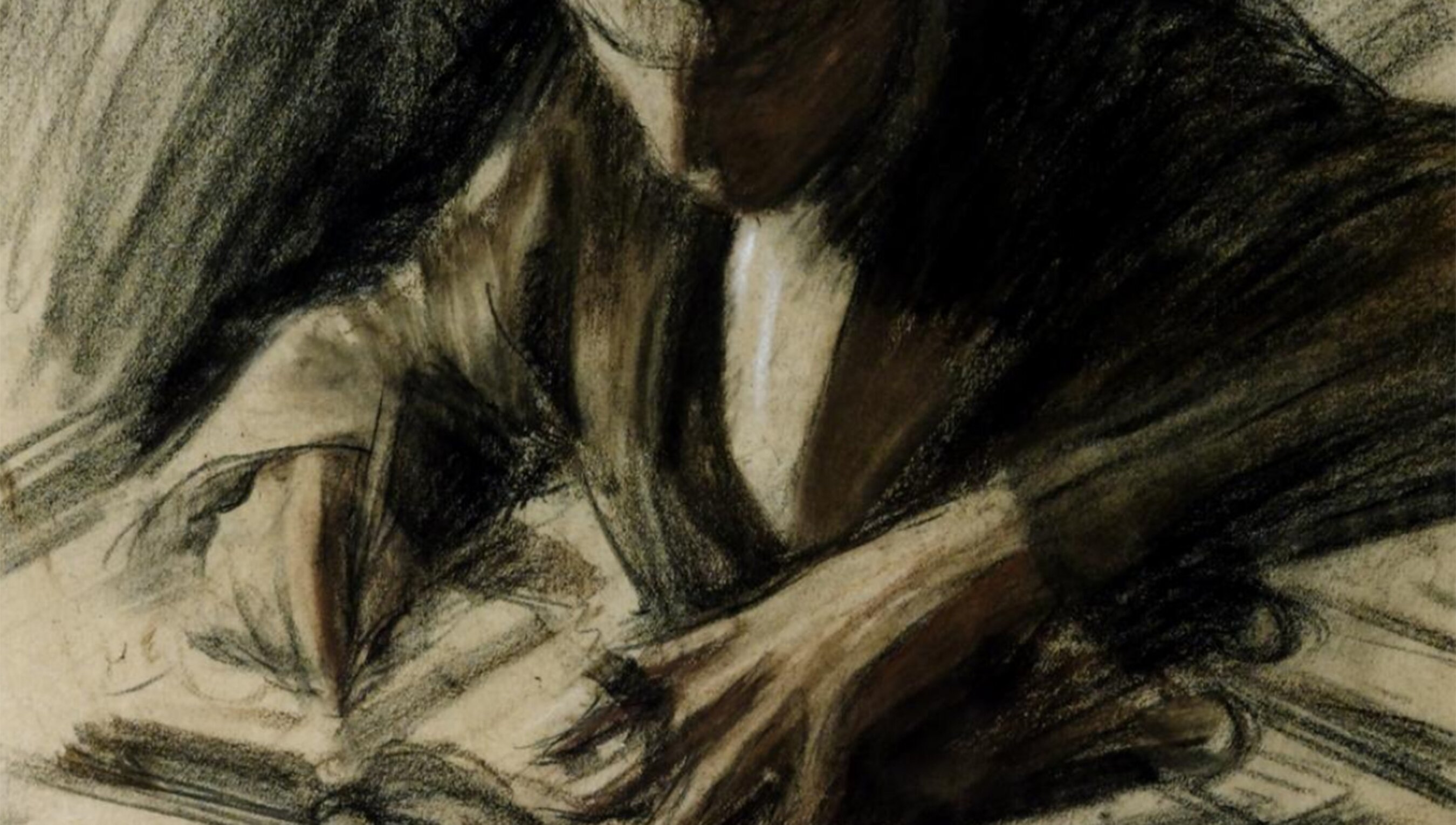 is associate professor of philosophy at Wellesley College in Massachusetts. She is the author of Artful Truths: The Philosophy of Memoir (2021).

I wrote a memoir recently, and sometimes I ask myself why on earth I did. It was difficult and time-consuming, it involved some rather unpleasant self-examination, and it raised suspicions of self-involvement, exhibitionism and insufferable earnestness that I’d so far mainly avoided in life. If I publish it, I risk being accused by friends of betrayal, by readers of lying, and by critics of any number of literary flaws. Since selling a memoir is hard, all of that would represent things going well. When I complain to my sister about this, she suggests that ‘maybe’ I should have – ‘I don’t know’ – considered these points two years ago, before embarking on this thing that she would ‘never, like, ever do’.

When asked why they bother, memoirists offer a range of reasons. Saint Teresa did it for the glory of God; Jean-Jacques Rousseau to express his inner self; Vladimir Nabokov to recreate his vanished childhood; Frederick Douglass to advance the cause of abolition. But maybe the deepest reason for writing a memoir, intertwined with all the rest, is the desire to find meaning in one’s past experience. Whatever else they’re up to, memoirists are in the business of locating some form or order in their personal history: setting it down as an intelligible shape, not a hot mess. Finding this form is both a necessary part of memoir and one of its key rewards. That was what I was after, anyway. Life moves so fast. Stuff had gone down. I wanted to slow the passage of events, grasp what the past had meant, before picking up the pace once again.

You can search for form in life through philosophy, science, religion and any kind of art. The memoirist’s distinctive move is to do it via autobiographical narrative: the construction of an organised sequence of personally experienced events, along with an implied evaluative response to them. Life stories have three things going for them when it comes to making experience intelligible. They’re selective, highlighting particular agents, settings and episodes out of the mass of material that life provides. They’re also unifying, drawing connections between their disparate parts and situating them in context. And they’re isomorphic: they share deep structural and thematic features with other stories, which we use as a shortcut when interpreting them. Psychologists report that most autobiographical narratives follow the classical story arc: steady state, complication, rising action, crisis, resolution, then coda. And they involve quests, comings-of-age, fatal errors, comeuppances and returns recognisable from myths, parables and fairy tales. Most, though maybe not all, humans tell such life stories. Memoirists recount them at length, in writing, with literary ambitions. We’re trying to do it, but make it art.

Sartre’s take suggests that memoir, which calls itself nonfiction, is a fundamentally suspect enterprise

What are memoirists doing exactly, when we claim to ‘find’ this form and meaning in our past experience? Are we genuinely discovering it back there or just making it up? For the past century or so, the wind has been behind the latter interpretation. Many take the existentialist line that seeing your life in narrative terms is a form of mauvaise foi, or bad faith. We urgently want there to be order and meaning in the world, independently of us. But there isn’t, and our attempts to impose coherence and significance where none exist are self-deceiving and absurd. Roquentin, the protagonist of Jean-Paul Sartre’s novel Nausea (1938), describes the ‘disgust’ and ‘nausea’ produced by our meaningless universe, alongside its ineffective narrative remedy:

This is what fools people: a man is always a teller of tales, he lives surrounded by his stories and the stories of others, he sees everything that happens to him through them; and he tries to live his own life as if he were telling a story.

What exactly is wrong with construing your past as a story? In his memoir The Words (1963), Sartre suggests that storytelling distorts our understanding of life, by confusing it with literature. We can tell autobiographical narratives if we like but, if so, we should be clear about what we’re doing: producing fiction. This take suggests that memoir, which calls itself nonfiction, is a fundamentally suspect enterprise.

A similar critique of narrative emerged in the philosophy of history in the 1970s. In his book Metahistory (1973), Hayden White argued that historical writing is a constructive process, in which the historian selects a subset of past events, imaginatively fills in the gaps, and orders the lot into a unified story. These historical stories, like the life stories of individuals, take conventional literary forms – tragedy, romance, comedy and satire – and employ poetic devices, including metaphor, synecdoche and irony. All of this is a creative act on the part of the historian, an imposition on the historical record. As a result, different historians can and do provide different narrative interpretations of the same events, none of which can be said to uniquely fit the facts. White concludes that historical writing, despite its scientific pretensions, reduces to fiction.

The philosopher Noël Carroll offered two main lines of response to White that transfer nicely to memoir. The first points to a set of faulty inferences in the argument. White assumes that each of the following features of an interpretation transforms it into fiction: inventiveness, selectivity, multiplicity, conventionality and literary quality. But a quick run-through shows that each can be present without an immediate diagnosis of fictionalising. Photos are invented rather than found, but that doesn’t make them inaccurate representations of the past. My telling you only some things about my spring break doesn’t mean that what I do tell you is made up. The availability of multiple good stories about the Loretta Lynn fan convention doesn’t demonstrate that one or all of them are fiction: each can just highlight a distinct aspect of the same complex course of events. And your description of what you’ve been up to recently might be Homeric, but some weekends genuinely are epic, and nonfigurative, nonliterary language might not be enough to capture the truth about them.

Carroll’s second reply to White questions the assertion that the world isn’t story-shaped. Humans act for reasons, and those actions have consequences, including the imprint of certain patterns on the world. We can describe all this in terms of atoms moving in the void, sure. But there’s an equally legitimate form of explanation that appeals to the values and goals driving the action, and therefore to the purpose and significance that human life genuinely contains. A story that offers such an explanation is picking up on real aspects of the world, not confabulating. Similarly, since humans think and act symbolically, narratives that incorporate metaphor and myth can serve to reflect, rather than distort, reality.

That said, there’s some truth in the claim that narrative is created, not found. Successful nonfictional storytellers both discover and construct. They do the difficult work of pruning and unifying experience into a shape they and others can understand. As the writer Lorrie Moore puts it: ‘Life is a cornfield, but literature is that shot of whiskey that’s been distilled down.’ And when nonfictional storytellers succeed, the shape they create tracks genuine features in the life described.

To defend nonfictional narrative isn’t, of course, to defend all particular life stories. At one early point in writing my memoir, I announced: ‘OMG, I think my life tracks the history of Western philosophy!’ ‘That’s wonderful!’ my long-suffering sister replied, but the angle of her eyebrow effectively consigned that one to the trash. There are also some general narrative conventions we’re better off without. No literary memoirist would be caught dead these days writing a traditional autobiography: a strictly chronological tracing of events, from infancy on, in a tone of untroubled authority. The contemporary memoir zooms in on a specific period or theme, and moves back and forth in time. Modern memoirists tend to be less certain than autobiographers, more alert to the seductions of narrative closure. As a result, their books are more complex, searching, and truer to life.

But we can welcome these salutary effects of 20th-century narrative scepticism while keeping the baby in the bath. Old-fashioned storytelling has real virtues when making sense of the world. (I once lunched with a literary magazine editor after he’d gone through the latest set of submissions. ‘Oh god,’ he exclaimed, like a frustrated police chief, ‘just tell me what happened in order!’) Those virtues are so great that even narrative sceptics make use of them. Joan Didion ends her essay ‘The White Album’ (1968-78) with an admission of defeat: ‘Writing has not yet helped me to see what [experience] means.’ But sometimes the pattern just is chaos, and Didion’s use of personal narrative in this essay deftly captures that truth about 1960s California.

Cynics about narrative often give off an air of expecting more from stories than memoirists themselves do. No memoir can reveal an underlying grand narrative in the universe as a whole, or give its writer anything more than a partial and provisional grip on their personal past. But it can sometimes provide that grip, which is no small thing. When I look at my own memoir, I can clearly see its fictive qualities. The stage is set, the action rises, the protagonist falls apart, then lurches out of the abyss. There’s a coda, written in a tone of battered hope. Sartre would give it one star on Goodreads. That would be mean (I gave his five!), but I’m not too troubled by it. The book reads to me like my life, a life that makes better sense to me now that I’ve written it down.